Amad Diallo has taken to social media to bid farewell to Serie A outfit Atalanta after completing his move to Manchester United.

After obtaining the rookie’s Governing Body Exemption, the Red Devils agreed to a fee worth £37 million for the winger, albeit, the deal is subject to him securing a work permit and personal terms.

The 18-year-old will be heading to England with beautiful memories, but he feels the time has come for him to move to greener pastures.

“Dear Atalanta, the moment to say goodbye has arrived,” Diallo said in a video posted on Twitter.

“Here, I have become a man; you have given me everything I ever wanted, and I am more than proud to have played for Atalanta.

“You will forever have a special place in my heart. Wherever I go, you will always be with me for now and forever. Forza Atalanta!”

I can not wait to start🔴🔴 pic.twitter.com/n0gGrIQGgc

Speaking of his arrival, United manager Ole Gunnar Solskjaer said: “As a club, we have followed Amad for a number of years and having watched him myself, I believe he is one of the most exciting young prospects in the game.

“Manchester United has such a proud history of developing young players and everything is in place to enable Amad to reach his potential here.

“It will take time for him to adapt but his speed, vision and fantastic dribbling ability will stand him in good stead to make the transition. He is a player with all of the raw attributes that are needed to be an important player for Manchester United in the years to come.”

Born in Abidjan, Diallo began his career at Italian side Boca Barco before heading for Atalanta on the back of impressive displays.

Thanks to his notable goalscoring feats with the Goddess youth team, where he won the Campionato Giovanissimi Nazionali, Supercoppa Primavera and two Campionato Primavera 1 titles, he was promoted to Atalanta’s first team during the 2019-20 campaign.

He made his Serie A bow on November 28, 2020 – coming on as a 77th minute replacement for captain Alejandro Gomez in the 2-0 home defeat to Hellas Verona.

Three days later, Diallo made his Champions League debut after being subbed on in the 68th minute against Midtjylland in a 1-1 home draw.

Thu Jan 7 , 2021
The striker has taken to social media to pledge his loyalty to current club Sampdoria Veteran striker Fabio Quagliarella has reiterated his commitment to Sampdoria after reports linked him with a return to Serie A champions Juventus. Juve boss Andrea Pirlo is believed to be targeting a new striker in […] 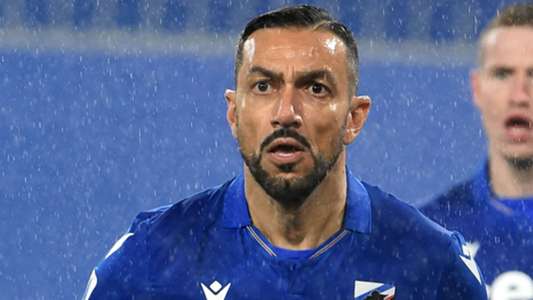