The Nigeria, Ghana and Algeria internationals featured prominently for their respective clubs at Stade Saint-Symphorien

Moses Simon was in action, John Boye provided an assist while Farid Boulaya found the back of the net as Metz secured a 2-0 victory over Nantes in Sunday’s Ligue 1 game.

The forward made a return for the Canaries at Stade Saint-Symphorien and gave a good account of himself, although his effort was not enough to save his side from defeat.

Ghana international, Boye, meanwhile, was afforded a starting role and delivered an impactful performance along with Algeria midfielder Boulaya to help Metz secure all three points.

Boulaya inspired the Maroons to victory when he set up Aaron Leya Iseka to open the scoring in the 35th minute.

In an effort to try and avoid defeat in the encounter, manager Domenech brought on Simon for Randal Kolo in the 46th minute and made his contribution in the outing.

The Algeria international then sealed the victory moments before the full-time whistle after receiving a fine assist from Boye.

With the result, Metz moved to the eighth spot on the league table after gathering 31 points from 21 games.

Nantes, meanwhile, dropped to the 17th spot on the table following their defeat at Stade Saint-Symphorien after accruing 18 points from the same number of matches.

Boulaya featured for the duration of the game and has now scored four goals and provided four assists in 17 appearances this season.

Boye also featured throughout the game for the Maroons in his 19th league appearance this campaign, along with Mali’s Boubakar Kouyate and Algeria goalkeeper Alexandre Oukidja.

For Nantes, Mali forward Kalifa Coulibaly and Algeria midfielder Mehdi Abeid played for the entirety of the game.

Simon will hope to return to the starting lineup for Nantes when they take on Monaco in their next league game on January 31.

Boulaya and Boye will be expected to continue their impressive performances when Metz square off against Brest.

Sun Jan 24 , 2021
The Islanders eye an eight point lead atop while Chennaiyin look to take inspiration from their performance in the reserve fixture against Mumbai City Chennaiyin take on leaders Mumbai City in a 2020-21 Indian Super League (ISL) clash at the GMC Stadium in Bambolim, on Monday evening. Should Sergio Lobera’s […] 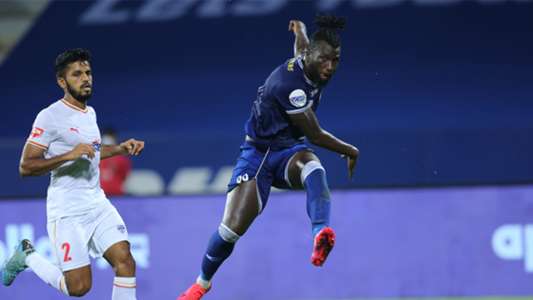