After the cup competition, Wekundu wa Msimbazi will play Dodoma Jiji in a league assignment on Thursday

Simba SC communications officer Haji Manara believes the Simba Super Cup has given new coach Didier Gomes Da Rosa an opportunity to see the potential of his players before analysing who to use in the Caf Champions League and who to use domestically.

Wekundu wa Msimbazi had invited Congolese heavyweights Tout Puissant Mazembe and their counterparts from Sudan, Al-Hilal, for a three-team mini-tournament. The hosts won after a 4-1 win and 0-0 draw with the Sudanese side and Mazembe, respectively.

Al-Hilal defeated the Ravens 2-1 to halt their chances of lifting the trophy.

“I would like to thank Simba supporters, [Tanzania Football Federation], sponsors, as well as Al-Hilal and TP Mazembe for accepting our invitation to play in the Simba Super Cup which has been a success,” Manara said on Simba social media platform.

“The competition has also given the coach an opportunity to analyse his players and get the best for the Caf Champions League as well as domestic competitions – Tanzania Mainland League and the FA Cup.”

The official was, however, far from impressed with the mechanisms used to sell matchday tickets. The vocal administrator believes the fans had a tough time getting tickets and challenged those responsible to ease the process in the future.

“We had our challenges, for example, the match between Al-Hilal and Mazembe that did not attract many supporters,” Manara continued.

“I believe it happened because the marketing and distribution of tickets by those responsible especially in the Benjamin Mkapa Stadium were not good.

“You cannot expect a fan to buy bundles, go online, use again his money to purchase a ticket.

“In big competitions, tickets are easily accessible to ensure fans do not get a hard time getting one. It is something that should be addressed in future.

“Even in places where fans were to pick tickets physically, the sellers did not reach on time and it led to unnecessary human traffic. It is not something we would want to be repeated.”

On Thursday, Simba will be playing Dodoma Jiji FC in a league assignment.

Mon Feb 1 , 2021
The highly-rated defender joins the Championship side on a six-month deal to gain experience and help his new side’s promotion bid Manchester City defender Taylor Harwood-Bellis has joined Blackburn Rovers on loan until the end of the season.  The highly-rated centre back has made four appearances for Pep Guardiola’s side […] 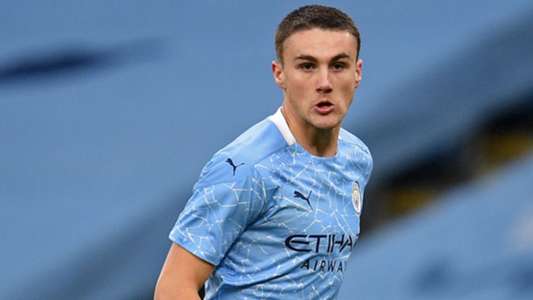