Simba SC are set to field their strongest possible side when they play Dodoma Jiji in the Tanzania Mainland League assignment at the Benjamin Mkapa Stadium on Tuesday night.

The game presents a massive opportunity for the reigning champions to open a four-point gap at the top with two games in hand. The former Tanzania midfielder has further confirmed two of the players who missed their latest game against Gwambina are in contention for a starting berth.

“Pascal Wawa, Tadeo Lwanga, and Luis Miquissone were suspended in our initial game against Gwambina FC [that we won 1-0] but they are available now,” Simba assistant coach Selemani Matola told Goal on Tuesday.

“The only player we will miss is Lwanga who lost his sister and is still in Uganda. We are expecting him back in the next two days.

“We are playing Dodoma Jiji on Tuesday and we want to guard our position and title. To do that we have no alternative but to win the games. We are taking the match seriously targeting a positive outcome which to us is a win, nothing less.

“We have no intention of resting any player because the Caf Champions League quarter-final is still far. We will field the strongest team possible to stand a better chance of winning.”

The tactician has welcomed Yanga SC’s loss to Azam which gives Mnyama a massive advantage with the season almost coming to a close. On Sunday, Prince Dube struck a late winner to hand the Ice-cream Makers maximum points and deny Timu ya Wananchi an opportunity to reclaim top spot.

“Yanga losing to Azam is good for us, but even before their loss, we had an advantage because we were on top with two matches in hand which gives us an opportunity to defend the league title successfully,” Matola concluded.

The Msimbazi Street-based charges have played 24 games from which they have managed 18 wins, four draws, and two losses, scoring 55 goals in the process and conceding nine.

Sixth-placed debutants have played 27 games, winning 10, drawing eight, and losing nine. They have scored 25 goals and conceded 24 and as a result, have 38 points.

Tue Apr 27 , 2021
The American goalkeeper has helped the Blues to Carabao Cup glory after securing a switch from Columbus Crew in 2019 Zack Steffen “thought my agent was joking” when Manchester City first made their interest known in doing a deal, with the USMNT goalkeeper admitting to still finding life at the […] 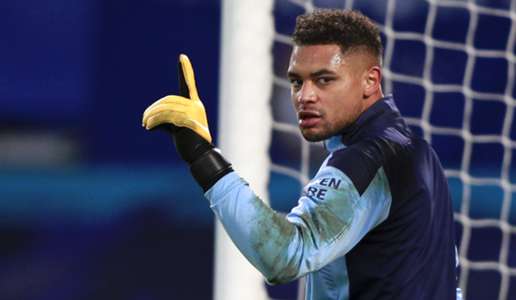