The Zimbabwean joined Wekundu wa Msimbazi in the short transfer window and made his debut in the league on Thursday away to Dodoma Jiji FC. The winger was introduced in the 66th minute with the teams tied at 1-1, and he managed to provide an assist from which Ghanaian Bernard Morrison scored the winning goal.

The 27-year-old former FC Platinum player is delighted to have helped the 21-time league champions to victory in his debut and went on to promise fans more.

“I thank God for helping me to contribute to my team’s win [against Dodoma Jiji],” Chikwende said ahead of Sunday’s game.

“It was an important three points for the team since we want to continue doing well in the league.

“Currently, we are preparing for the Azam game and our fans should expect bigger things from the team because our objective is to get maximum points from every game we are playing.”

The forward was signed by the Msimbazi-based side to help the team win their fourth consecutive league title ahead of their rivals Yanga SC who are currently leading the race with 44 points, six more than the reigning champions who have played two games less.

After playing Azam, the team will be preparing for their Caf Champions League game away to the Democratic Republic of Congo to play hosts AS Vita.

Wekundu wa Msimbazi are in Group A alongside defending champions Al Ahly of Egypt, AS Vita of the Democratic Republic of Congo, and Al-Merrikh of Sudan.

Wekundu wa Msimbazi will open their campaign with an away trip against the Black Dolphins on Friday, February 12, before hosting the Red Devils on Tuesday, February 23. They will then make a trip to Sudan to play the leaders on March 5.

The second round for the Tanzanian heavyweights will start with a home game against the Sudanese outfit on March 16 then host AS Vita on April 2 before finishing their campaign with an away game against the reigning champions on April 9.

Simba are aiming at reaching the semi-finals of the annual competition for the first time in their history. They are also eyeing the domestic league title as well as the FA Cup.

Aussems: Belgian arrives in Kenya to take over at AFC Leopards

Sat Feb 6 , 2021
Assistant coach Anthony ‘Modo’ Kimani has been in charge of the team on an interim basis. Belgian Patrick Aussems has arrived in the country ahead of his unveiling as AFC Leopards head coach. Goal exclusively revealed the 13-time champions had reached an agreement with the Belgian to take over from […] 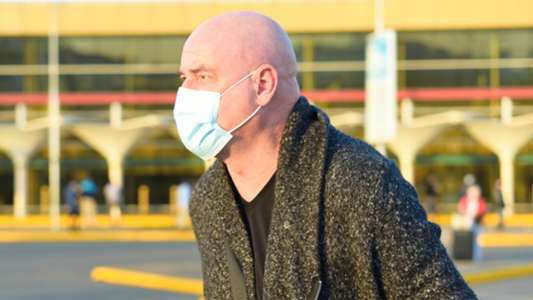