Simba SC have come out to clarify they did have not have plans to part ways with coach Sven Vandenbroeck.

The Belgian tactician left the Msimbazi giants on January 6, just a day after guiding the team to the group stage of the Caf Champions League.

According to former Simba CEO Crestius Magori, the club was caught flat-footed over the coach’s decision to leave as they had no plans to part ways with him.

“Our club CEO [Barbara Gonzalez] was actually called by people from the place where Sven was staying and was told he was carrying everything up to shoes,” Magori revealed as quoted by Sokalabongo.

“We had no plans to part way with Sven [Vandenbroeck] but he himself decided to leave, it was shocking because it was people at the hotel, where he was leaving, who alerted CEO [Barbara] that he was leaving and had already carried all his belongings.

“We had just lost in the Mapinduzi Cup final and the team was preparing to return to Dar es Salaam when Barbara phoned Sven, and he told him he was not leaving and had no plans to leave.

“But when the team started the journey to Dar es Salaam, Sven approached Barbara and told her there were family problems he needed to solve back home [in Belgium] and he had to leave.”

Magori further says despite efforts by the club to convince him to stay, Vandenbroeck had already made up his mind.

“Even when he was told to bring his family to live in Tanzania and his kids to study in Tanzania, it is when Sven openly admitted he had an offer in Morocco, and that Morocco is near Belgium and will be easy for him to commute and see his family, and that is when we allowed him to go,” Magori continued.

The Wekundu wa Msimbazi have since hired Frenchman Didier Gomes Da Rosa on a two-year contract to replace Vandenbroeck, who later moved to sign for FAR Rabat of Morocco.

Da Rosa has already overseen one match as Simba beat Al-Hilal from Sudan 4-1 in the Simba Super Cup tournament and will also be in charge when they take on Tout Puissant Mazembe of the Democratic Republic of the Congo in the final match on Sunday.

Sun Jan 31 , 2021
The Brewers have risen from a season-opening defeat to AFC Leopards and are now second after picking six wins and two draws Tusker head coach Robert Matano has explained why they have been able to pick up six wins in nine Football Kenya Federation Premier League games. The Brewers are […] 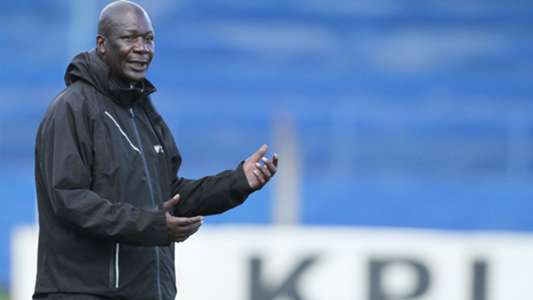