The 22-year-old scored his second Premier League goal in a fantastic manner to help Palace secure a 2-0 victory over the Blades on Saturday.

The Nigerian midfielder dribbled past the Sheffield United defenders before unleashing a fine strike into the back of the net from outside the box.

His effort helped Roy Hodgson’s men climb to 14th spot on the Premier League table after gathering 22 points from 17 games.

Sidwell has praised the strike from the Super Eagles target and likened it to the efforts from former Arsenal forward Henry during his active years.

“We thought Eberechi Eze was cool and calm and composed but this goal! He just weaves in and out of the Sheffield United team,” Sidwell said on BBC Radio 5 Live.

“If there’s a player you could compare that finish to it would be Thierry Henry – he just slots it in the bottom right corner.

“He glides through the Sheffield United team and slots a cool finish past Aaron Ramsdale. What a goal! I always love watching Eze he’s just got so much talent.”

Eze has been in fine form since teaming up with Crystal Palace in the summer from Championship club Queens Park Rangers.

The midfielder has featured in 16 games across all competitions for the Eagles, scoring two goals, including his first Premier League strike in November which was named the Palace Goal of the Month.

Eze has also provided two assists this season and has become the toast of the Eagles supporters with his dazzling displays.

The midfielder will be expected to continue his eye-catching performances for Crystal Palace when they take on Wolverhampton Wanderers in an FA Cup tie on January 8.

Eze spent four years with QPR after joining the side from Millwall and has also featured for the youth teams of Fulham and Reading.

The midfielder has played for the England U20 and U21 teams but he is still eligible to feature for the Nigeria national team if he chooses to do so.

Eze, has, however, previously stated he is not ready to commit to either of the countries yet as he is currently focused on his club career.

Sun Jan 3 , 2021
The United States international replaced Ederson in the starting XI for the trip to Stamford Bridge Zack Steffen made his Premier League debut for Manchester City when he started between the posts against Chelsea at Stamford Bridge on Sunday. The 25-year-old goalkeeper was one of three changes Pep Guardiola made […] 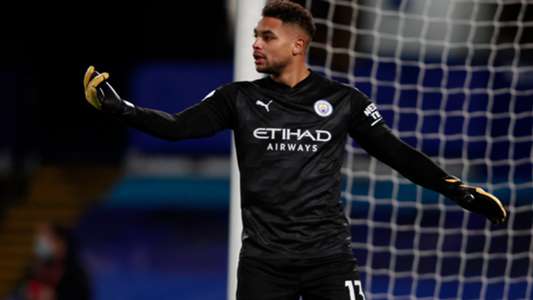