Nzoia Sugar have confirmed the appointment of Ibrahim Shikanda as the new coach for the remainder of the 2020-21 season.

The former Nairobi Stima tactician has arrived at the Sugar Millers to try and steady their ship after a rather poor start to the FKF Premier League campaign.

Nzoia have confirmed on their social media pages the appointment by stating: “We have appointed Ibrahim Shikanda as our new coach.

“Shikanda will now be deputised by Sylvester Mulukurwa who has been serving as the interim coach. Shikanda previously coached NSL side Nairobi Stima, and also served as an assistant coach at Bandari FC until the end of last season.

Shikanda joins Nzoia who are currently sitting in position 12 in the 18-team league table with four points from six matched and they are yet to win a match so far in this campaign.

Meanwhile, Kariobangi Sharks head coach William Muluya is pleased with the start his team has had in this season, remaining one of only two unbeaten teams after six rounds of matches.

Sharks sit second on the table with 12 points, three behind league leaders KCB, who were not involved this weekend.

“It is a good start and we have to admit that we have started on a high. We are working as a unit and working well from the training ground to matches. I am very pleased with the boys and their performance,” the coach stated.

Sharks have scored 10 goals this season, the joint highest in the league and Muluya says this is one of the areas they addressed during pre-season to ensure that they improve on their performance. The barren draw against Ulinzi was only the second game this season that the team has failed to score.

“We need to maintain the good play that we have had since the league started. We are defending as a team and attacking as a team as well and that is what has kept us moving.”

Sharks will next take on champions Gor Mahia on January 10.

Wed Jan 6 , 2021
The 20-year-old Anglo-Nigerian has signed a one-year contract extension to remain with Spurs but has joined United on loan Tottenham Hotspur defender Jubril Okedina has completed a season-long loan to Cambridge United. Before that move, the Englishman of Nigerian descent had penned a new one-year contract at Spurs, indicating his […] 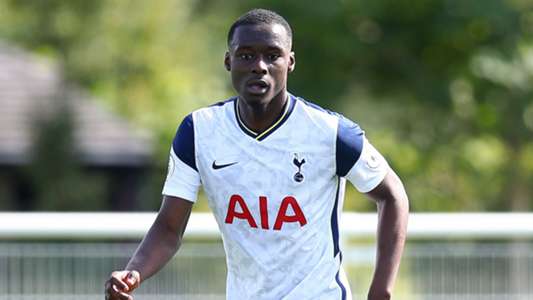