AFC Leopards chairman Dan Shikanda has promised to reward each player in the squad with a house if they win the 2020-21 FKF Premier League title.

The former international has exclusively told Goal the offer will last for the next two seasons and has urged the players to end their 22-year drought and win the trophy for the fans and the community.

“We have given the players a very good offer if they win the league this season we will give them a house in Nairobi and if they retain the title again next season, we will also give each of them another house,” Shikanda told Goal on Friday.

“We managed to pay the players their salaries during the Covid-19 break [when they were not playing any football], and in the same breath we want to tell them if they win the league this year, the title will go to AFC Leopards and they will each get a house in Nairobi.

“If they give our fans and our community the title, which we have not won for 22 years, I want to state clearly that each of them will get a house in Nairobi, and the offer is valid for two years, this year and next year, and there are serious people behind the plan including myself.”

On whether he is happy with the team’s start to the season, Shikanda said: “We can still do better and we hope we will do better but the ultimate goal being number two will not help the club but being number one will help us.

“We are looking forward to starting work on finishing the process of the land we were given by the government and building that land into a stadium will depend on the results from the league, this year and next year because of the goodwill we have at the moment will only be translated into tangible results if we can win the league.

“If we can win the league, the players will get their houses and the club will be able to get a stadium in the next two years, build their own stadium so we want to drive on that goodwill and it will all depend on the result from the team.”

Shikanda further clarified that they have been able to settle salary arrears owed to the club and promised to clear the remaining bit in due course.

“Whatever is remaining is too small for December we have paid 70 percent salary for December and we are hoping to finish it soon and then pay salary for January, apart from the accrued cases which we found when we came to office, we have tried as much as possible to clear them,” he confirmed.

“I have also given a good example, despite the league taking a break due to Covid-19 our players were still paid salaries during that period, now we are telling them these, win the league and give our fans and the community the title and you shall be given a house, the 30 players will all get a house from us, who are behind paying their salaries.”

Ingwe are currently fourth on the 18-team table with 15 points from seven outings.

Fri Jan 29 , 2021
The tactician hopes his charges can get a positive outcome against Batoto ba Mungu after beating the reigning champions last week Vihiga United head coach Sammy Okoth has warned his charges against over celebrating the Gor Mahia win and end up drowning against Sofapaka in their next Football Kenya Federation […] 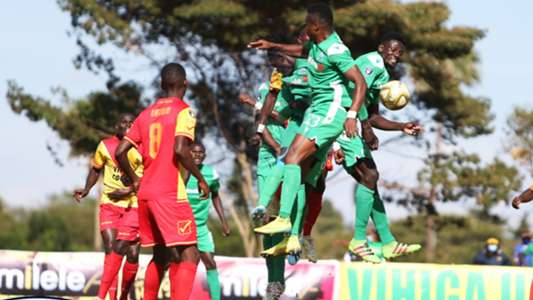