Luke Shaw “is a big weapon” for Manchester United, according to David de Gea, who has lauded the full-back for his performances in 2020-21.

Shaw has made 163 appearances for United since moving to Old Trafford from Southampton for £30 million ($41m) in 2014, picking up Europa League and Community Shield titles along the way.

The 25-year-old struggled for form and fitness under both Louis van Gaal and Jose Mourinho, with both men ultimately unable to bring the best out of the defender.

It wasn’t until Ole Gunnar Solskjaer’s return to Manchester in December 2018 that Shaw began to justify his price tag, and just over two years on he has firmly established himself as a key member of the squad.

Some of the England international’s best displays have come over the last few weeks as the Red Devils have emerged as surprise contenders for the Premier League title.

Shaw played another 90 minutes of action during the 0-0 draw with Arsenal on Saturday, driving the team forward at every opportunity from left-back while also keeping Nicolas Pepe quiet at the other end of the pitch.

De Gea has been impressed with the former Southampton star’s impact, and thinks his continued presence will be crucial to United’s chances of achieving their targets come May.

“He’s a big weapon for us,” the Spanish goalkeeper told MUTV. “I think the last few games he’s played he’s been playing really well. He’s a very important player for us and when he’s fit and playing at 100 per cent I think he makes this team better.”

De Gea also reserved special praise for Edinson Cavani, who has scored five goals in 20 games for the Red Devils since arriving at Old Trafford on a free transfer in October.

Asked what the Uruguayan striker is like to face in training, the United No 1 responded: “He just wants to score goals! He’s a really experienced player who has scored many goals for many teams.

“I think everyone has seen his qualities, he always tries to score goals and is always in the box ready to jump on any mistake and take the ball and score. He’s a great header of the ball, he presses a lot, he’s a great player for the team.”

Shaw and Cavani will both be back in action when United play host to Southampton in another crucial Premier League fixture on Tuesday night.

Sun Jan 31 , 2021
The Ivory Coast international has returned to the French top-flight to revive his career with the Girondins Bordeaux have confirmed the signing of Jean-Michael Seri on loan from Fulham for the remainder of the 2020-21 season. Seri will be looking to revive his career in a familiar environment – Ligue 1, […] 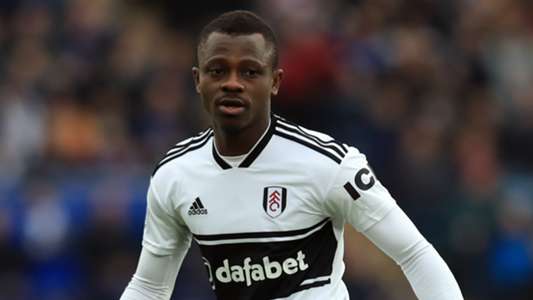