The Spanish elite division returned after a three-month coronavirus-enforced hiatus.

Goals from Lucas Ocampos and Fernando were all the hosts needed to secure maximum points against the visitors in the Great Derby.

Sevilla came into the encounter with the intention of completing a double over Betis who stuttered in the first leg.

They had the first clear cut chance in the 19th minute but Ocampos headed Jules Kounde’s cross wide from the six-yard box.

Despite asking the questions in the keenly contested first-half, scores stood 0-0 at half-time with the Green and Whites hardly having a chance.

Ocampos handed his side a 56th-minute lead after beating goalkeeper Joel Robles from the penalty mark after Luuk de Jong was obstructed by Marc Bartra – which was confirmed by a VAR check.

That effort made the Argentine before the first Sevilla player to score in five consecutive Spanish topflight appearances since Alvaro Negredo in 2011.

Six minutes later, Fernando sealed the triumph with a header from a backheeled flick from Ocampos.

With the maximum points at the Ramon Sanchez Pizjan Stadium, Julen Lopetegui’s stay third in the log having accrued 50 points from 28 games. Their visitors have now lost 11 fixtures and occupy the 12th spot with 33 points from the same number of outings.

En-Nesyri replaced Luuk de Jong in the 71st minute for his seventh league appearance for Los Nervionenses so far this term since his €25 million move from Leganes in January.

His compatriot who is on-loan from Girona Yassine Bounou was an unused substitute.

For Betis, Feddal was a 46th-minute replacement for Sidnei but could do little to rescue his team from going down. He has now featured 11 times this season for the Green and Whites.

Real Betis would be hoping for redemption when they welcome Granada to Estadio Benito Villamarin on Monday, while Sevilla who are unbeaten in their last seven games across all competitions are guests of 13-placed Levante on the same day.

Fri Jun 12 , 2020
The young Argentine is turning heads across Europe after a strong start to life in his homeland Velez Sarsfield manager Pablo Cavallero has revealed Barcelona have enquired about the club’s teenage star Thiago Almada. The 19-year-old midfielder made his debut for Velez last season and is now approaching 50 first-team appearances for the Buenos […] 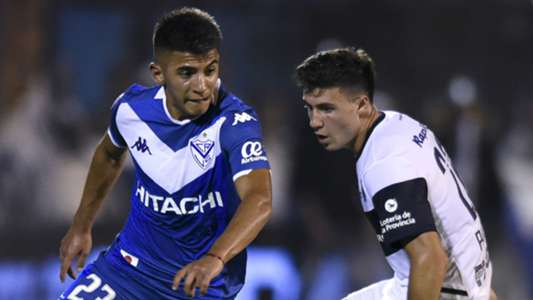