Sevilla vs Betis Hosts too strong for rivals 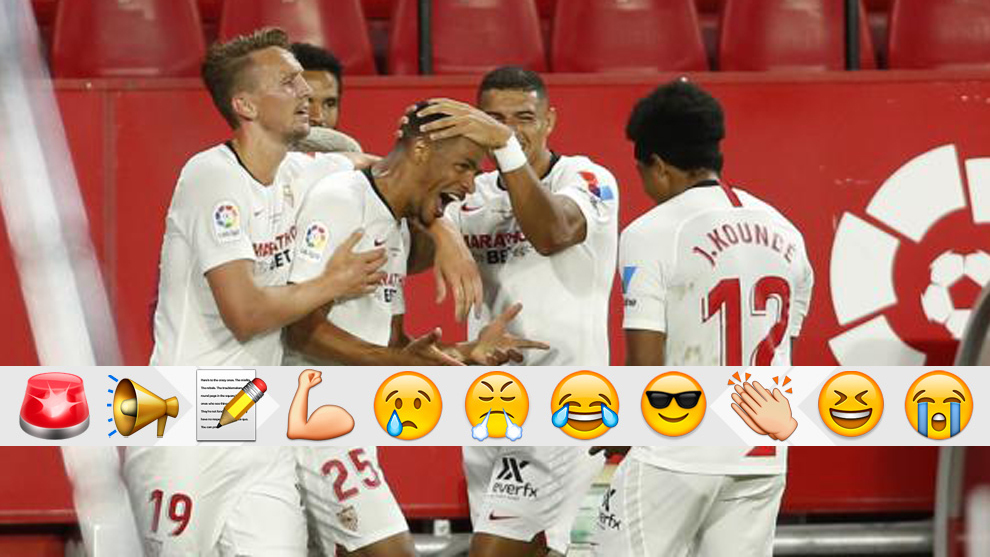 Sevilla were victorious over neighbours Real Betis in a historic Gran Derbi as LaLiga Santander returned to action on Thursday night.

Lucas Ocampos and Fernando scored the goals as the hosts proved to sharp and strong for their opponents at the Estadio Ramon Sanchez Pizjuan.

Betis might want to be looking over their shoulder rather than ahead of them now after a disappointing performance. 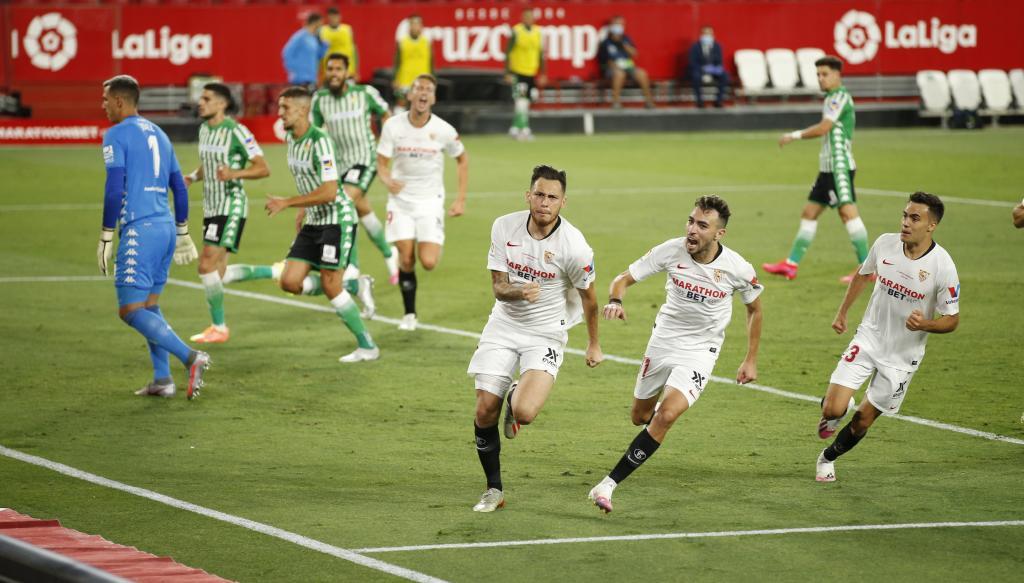 Ocampos starred for Julen Lopetegui’s side, proving to be the decisive player in the match.

After scoring the opener from the penalty spot, the Argentine found Fernando for the second with a delightful backheel at a corner. 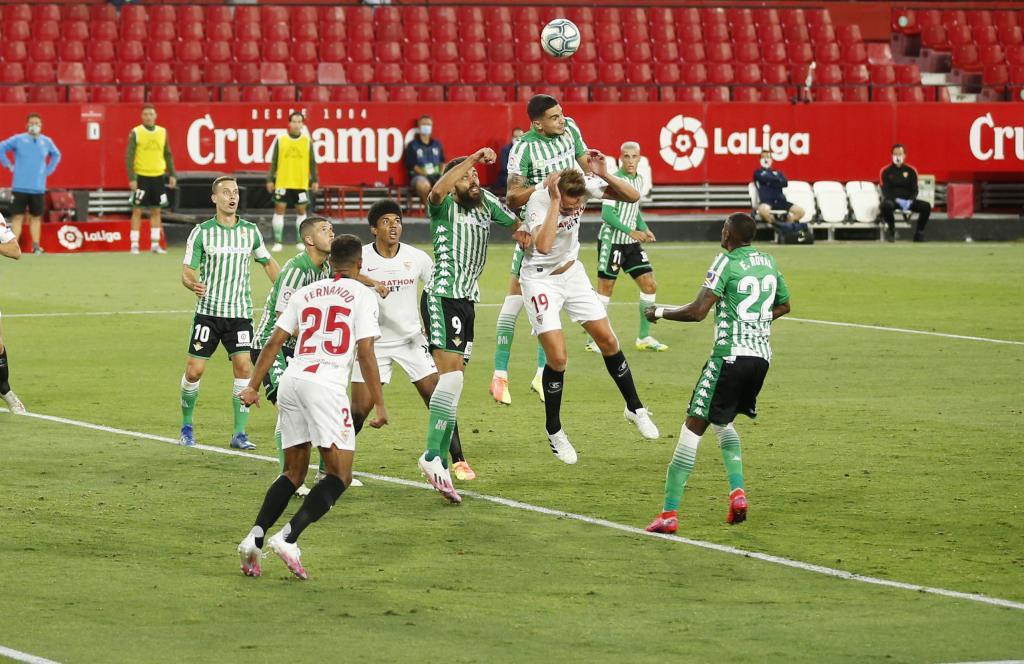 Antonio Mateu Lahoz came under the spotlight for awarding the penalty that led to Sevilla’s first on the night.

Marc Bartra was penalised for climbing over Luuk de Jong in the box and the lack of intervention from VAR proved controversial. 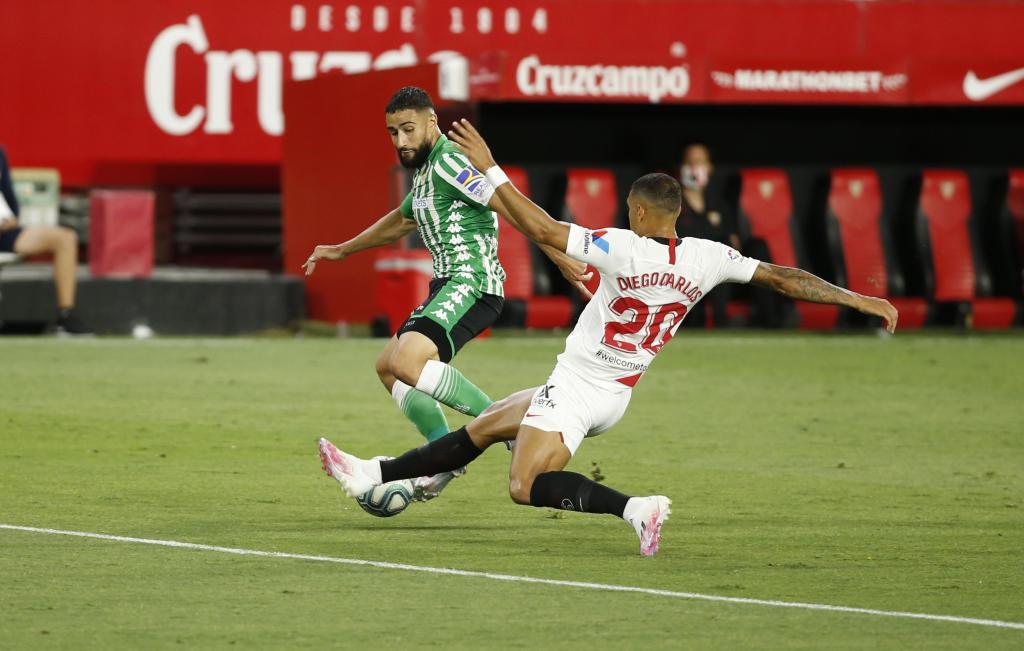 After three months without a game, Betis didn’t really turn up in the end.

Their attacking talent, from Nabil Fekir to Borja Iglesias, couldn’t get involved in the match as Rubi’s side went down with a whimper. 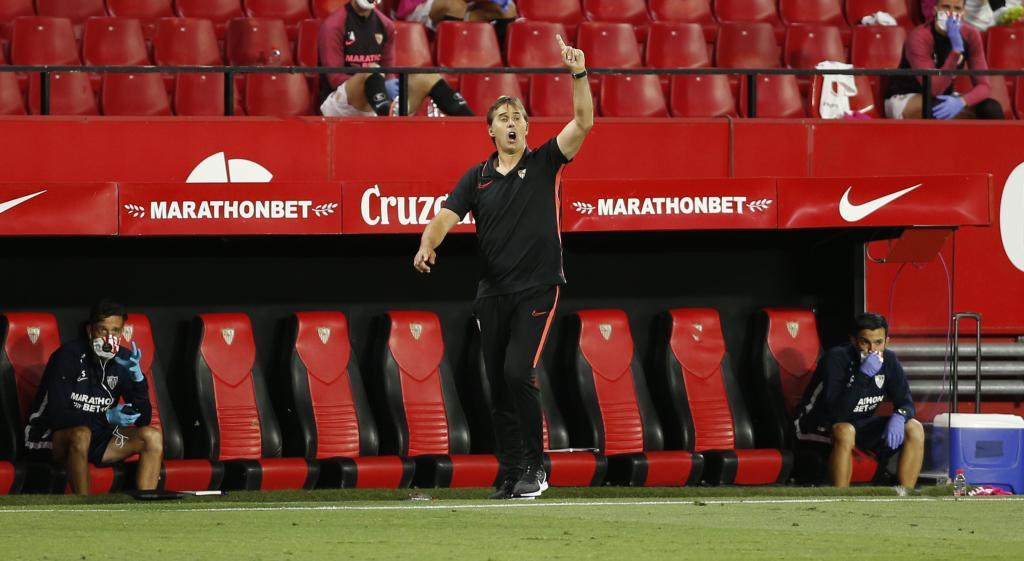 Lopetegui, on the other hand, managed to motivate his troops to beat their fierce rivals.

Sevilla are now four points clear of fifth-place Getafe and a Champions League place looks theirs to lose.

Their opponents, though, might have to shift their attention to the battle for survival rather than the race for Europe. 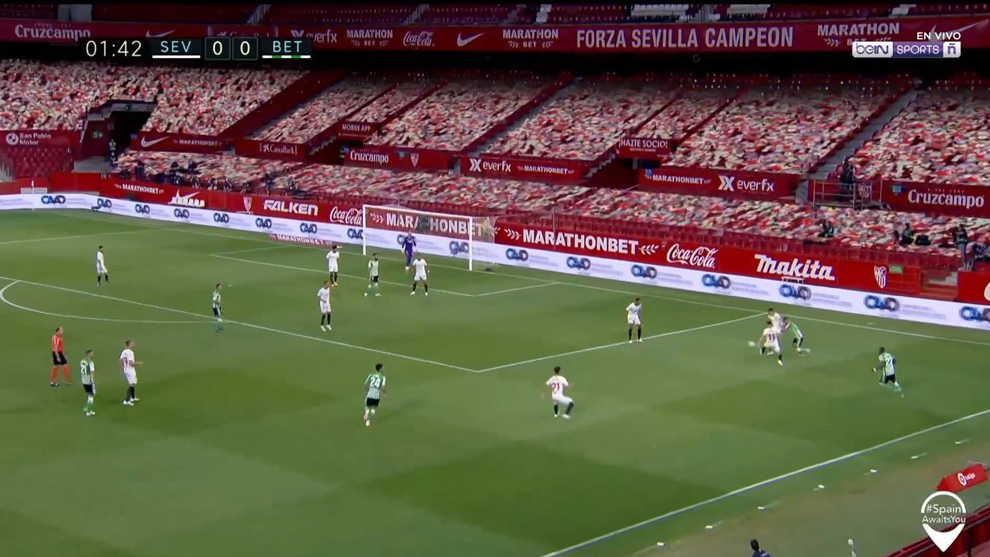 This is the new football for now.

Stands were filled with virtual fans and crowd noise was played over the game for those watching at home on TV.

As part of LaLiga’s ‘infinite applause’ initiative, applause was heard in the 20th minute of the game to show gratitude for the sacrifice of health workers during the coronavirus pandemic.

Sevilla vs Betis: Bartra on penalty decision: It's incredible, I jumped before De Jong

Thu Jun 11 , 2020
Sevilla vs Betis Penalised in second half of derby Bartra defends his innocence. Jos Manuel VidalEFE Marc Bartra has questioned the decision to award Sevilla a penalty during their match with Real Betis on Thursday evening. The defender was penalised by referee Antonio Mateu Lahoz, who adjudged the former Barcelona man […] 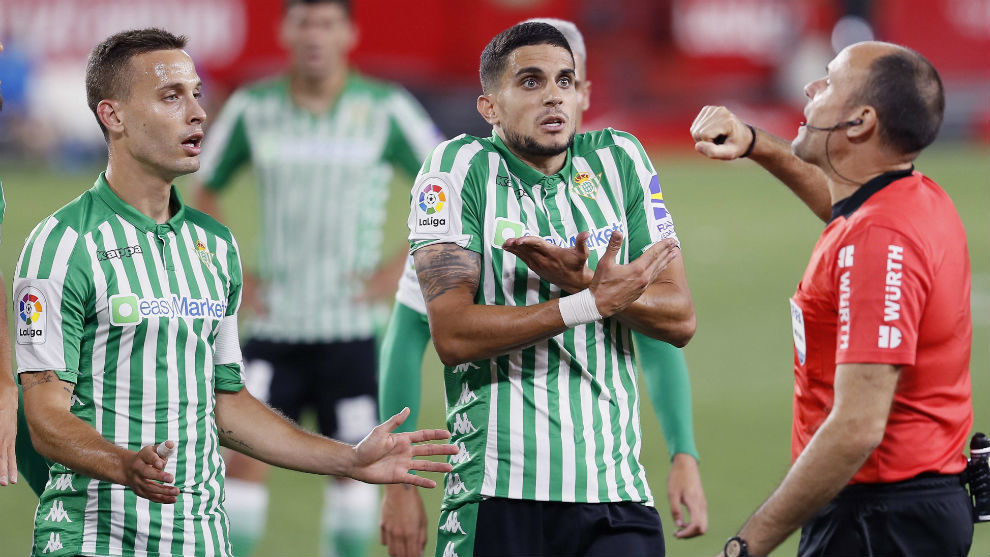