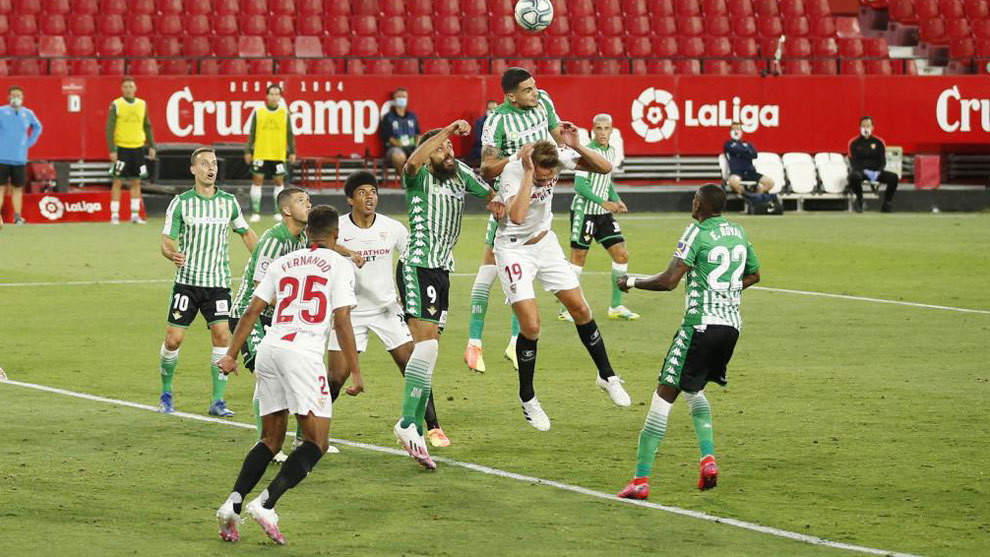 Former referee Andujar Oliver believes the penalty that to led Sevilla’s opening goal against Real Betis shouldn’t have been awarded but VAR was helpless to reverse the decision.

Marc Bartra was adjudged to have fouled Luuk de Jong for a push in the back and Oliver maintains that the video assistant couldn’t overturn the award of the penalty by Mateu Lahoz as the defender did make contact with the Dutchman.

“For me it is not a penalty,” Oliver told Radio MARCA.

“[But] VAR cannot correct [the referee] because there is contact, but there are thousands of actions like that in a match and it does not seem to me to be enough to call a penalty,” he added.

Thu Jun 11 , 2020
Photo: Ethan Miller / Getty Images Vanessa Bryant honors her husband Kobe Bryant and their daughter Gigi, who both passed away in a helicopter crash on Jan. 26, 2020, by getting two new message tattoos on her neck and wrist: The full story: Previous articleDamian Lillard thought he would go […]