5′ The visitors seem to be trying to feed the ball over the top of the Sevilla defence for Haaland to run onto, for him to sprint onto the end of. However, so far, they haven’t been able to time their passes quite right.

3′ Decent start by Dortmund, they are pushing forward quickly and trying to get an early goal here. Sancho tries to feed Haaland in behind, but the pass has slightly too much pace on it and Bounou comes and gathers.

The teams are out on the pitch and kick off is just a few minutes away, stay tuned for all the match action!

Meanwhile Dortmund have made three changes to their starting XI, from the side that drew 2-2 with Hoffenheim on Saturday, with Morey, Dahoud and Reus all coming into the starting line-up, as Delaney, Brandt and Reyna miss out.

Sevilla have made seven changes from the side that beat Huesca 1-0 at the weekend, with Vidal, Gomez, Rekik, Gudelj, Oliver, Munir and De Jong all dropping out of the team and they have been replaced by  Navas, Kounde, Escudero, Fernando, Jordan, Suso and En-Nesyri.

Meanwhile Dortmund topped their group, ahead of Lazio, having won four, drawn one and lost one. However, they come into this game in sixth position in the Bundesliga and they’ve lost and drawn their last two games.

Sevilla finished runners-up in Group E, just one point behind Chelsea and they only suffered one defeat during that campaign which came against the group winners. The Spanish side are in fine form in LaLiga, having won their last five games, which has moved them up to fourth in the table, just one point behind Barcelona.

Hello and welcome to our LIVE match commentary of the Champions League Round of 16 clash between Sevilla and Borussia Dortmund.

Tau highlights where Mamelodi Sundowns have an edge

Wed Feb 17 , 2021
Downs are yet to be beaten in the league in 16 matches this term; the only game they’ve lost all season was the opening day MTN8 loss to Bloem Celtic Former Kaizer Chiefs and Orlando Pirates defender Jimmy Tau has underlined how Mamelodi Sundowns’ superiority saw them through to 2-0 […] 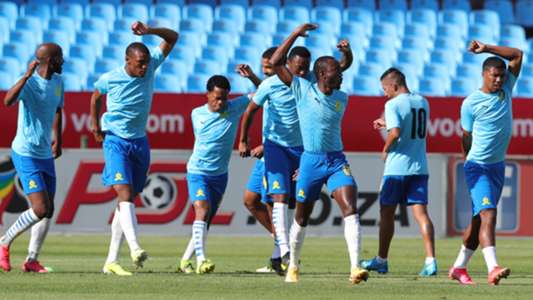