Zenatha Coleman scored twice for Namibia as they defeated Angola 4-0 in an international friendly at the Sam Nujoma Stadium on Wednesday.

The Brave Gladiators were regrouping for the first time since the Caf Olympic qualifiers elimination by Botswana in April 2019. They failed to appear at the 2020 Cosafa Women’s Cup.

In a buildup to the 2022 Africa Women’s Cup of Nations qualifier, the Namibia Football Association started preparations, arranging this month’s double-header friendly against Angola in Windhoek.

Thomalina Adams converted from the spot in the 11th minute to get the hosts off to a flying start against the Central Africans.

The visitors held on to their nerves until the Sevilla striker found a breakthrough on a one-on-one to double the Gladiators’ lead eight minutes from the half-time break.

After the restart, the captain continued where she left off as she grabbed her brace and the hosts third off a cross from the right, into the area seven minutes into the second half.

Eight minutes later, Millicent Hikuam netted a fourth of the encounter to wrap up the massive win for the hosts over the visitors.

Following her contributions, Coleman was named the Women’s Player of the Match, having netted in either half of the match.

Meanwhile, both teams are expected to face off again in the second leg on Saturday, April 10 at the Sam Nujoma Stadium.

And the Sevilla star will be eager to add to her goal tally as Robert Nauseb’s side eyes a double over their Angolan counterparts.

Wed Apr 7 , 2021
The RFEF says they cannot foresee supporters being able to enter the stadium due to strict coronavirus rules in the Basque region The Spanish Federation of Football (RFEF) has announced that it will be “impossible” to comply with the protocols put in place that would allow fans to be in stadiums in […] 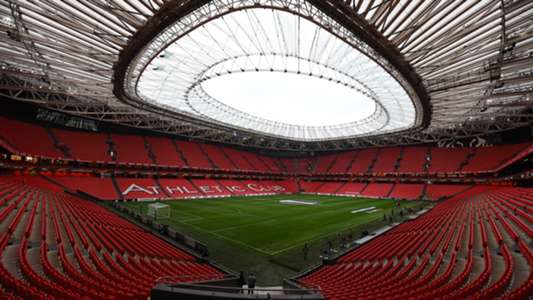