The versatile 20-year-old is eager to see as much game time as possible in his ongoing development, and minutes have been in short supply at Tottenham

Ryan Sessegnon is leaving the door open for him to make another move away from Tottenham, with the versatile 20-year-old currently taking in a loan spell at Hoffenheim.

The highly-rated youngster, who is capable of filling defensive and attacking berths down the left flank, opted to head for Germany in October after finding game time hard to come by under Jose Mourinho.

He intends to make the most of a learning experience in the Bundesliga before heading back to north London and making a decision on whether to push for the exits once more.

“If [first-team football] is not going to be possible next season or in the future, of course I want to go back to a league or a club to regain that experience, and when the time is right to go back, we will see from there,” Sessegnon told The Independent.

Why did Sessegnon leave Spurs?

The former Fulham star saw just 12 appearances in all competitions during the 2019-20 campaign, with those outings seeing him restricted to only 341 minutes of Premier League football.

As a hot prospect that had been registering on recruitment radars across England long before Spurs came calling, Sessegnon requires regular game time in order to fulfil his potential.

He has taken in 16 appearances across all competitions for Hoffenheim this season, with two goals recorded along the way.

Is Sessegnon part of Mourinho’s plans?

The youngster claims to be in regular contact with the manager of his parent club, with a move to Germany made with the blessing of a Portuguese coach that still holds him in high regard.

Sessegnon has added: “The main message was ‘just go out and play’, that’s exactly what he told me.

“He saw it as a good opportunity for me to go out and just play, play, play, bring that experience back and then hopefully I’m ready for when I come back.

“When I scored my first goal he was in contact to congratulate me. Just here and there he drops me a little message to see how I’m doing, to see where I am with the injury and stuff like that. It was his birthday the other day and I dropped him a little message.”

Sessegnon is tied to a contract at Spurs through to the summer of 2025.

The Premier League heavyweights have invested £25 million ($34m) worth of faith in him and will be hoping that he becomes a key part of their first-team plans at some stage in the near future – preferably in 2021-22 when he returns to England with added experience under his belt.

Fri Feb 12 , 2021
Will the league leaders extend their ongoing winning streak against beleaguered Spurs? Manchester City are writing history in English football, with their FA Cup victory over Swansea City in midweek extending their winning run to 15 matches in all competitions. It’s an all-time English football record for a top flight […] 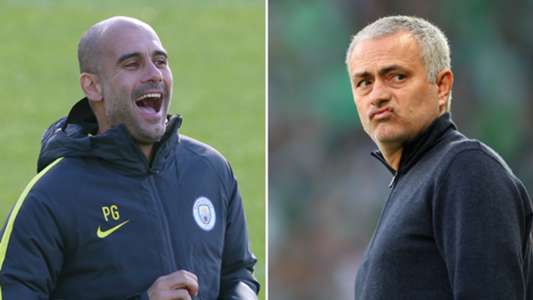