The Mumbai City boss is aware of the threat posed by Sunil Chhetri and co. but called for his players to be at their best…

Mumbai City FC lead the Indian Super League (ISL) table by just a point with ATK Mohun Bagan breathing down their neck. The Blues have been guilty of dropping points off late which has allowed the Kolkata giants to close the gap and also have a realistic chance of finishing at the summit which guarantees a berth in the AFC Champions League (ACL) group stage.

Coach Sergio Lobera believes that it’s vital for his team to focus their energy on improving themselves as opposed to looking at what the rest of the teams are up to.

“Honestly, the situation depends on us and I am not focused on other games. The result can affect us but we don’t need to waste time on that. We need to improve ourselves. We need to focus on tomorrow’s game. It is not necessary to look at other teams. The situation is in our hands. If we do well, we can finish on top,” said Lobera.

What would concern the former FC Goa coach is that Hugo Boumous, who won the Hero of the League award last season, will miss the next two games due to suspension.

“We played three games without Boumous and then two games without (Ahmed) Jahouh. For me, we work as a team. It is not about an individual. If I have a full squad then it is obviously good as we play many games in a short time. I have a very good squad to get three points,” he mentioned.

Mumbai were guilty of throwing away a two-goal lead against FC Goa and later when they eventually managed to make it 3-2, the Islanders once again saw a momentary loss of concentration at the back which allowed the opposition to eke out an equaliser.

Lobera reiterated that it’s vital to strike a right balance between attack and defence but chose not to focus too much on the individual mistakes committed.

“In the first leg against FC Goa, we scored the goal in extra time (1-0) and got three points. The most important thing in my team is balance. It is not good as a coach to talk about individual mistakes. I think as a team. We made a lot of good things in the last game. But obviously, when you concede three goals you need to improve. Losing two points is always painful. We have good numbers in defence and in attack. The balance between attack and defence is very important. And now we have the best goal difference. We need to improve but I am happy with the performance,” said Lobera.

However, he was quick to point that none of his players were pleased with the performance in the last game and that they are keen to make amends.

Bengaluru FC have struggled this season and they find themselves in the seventh position on the table. They have struggled to get consistent results, a trait common among most teams this season, and are hoping to hold on to the slim hopes for a spot in the play-offs.

“Every game is difficult. Playing against Bengaluru FC is always difficult. They have a very good team with experienced players. They have new motivation now with a new coach. You have to be careful. Small details can change the results. We are in the most important moment of the season. There is just one point difference with the second team. It is on us now. We want to play the same way. We have to give 100 per cent if we want to win the match,” he said.

Lobera was asked if he has devised any special plans for star striker Sunil Chhetri but the former Las Ppalmas coach was quick to suggest that he won’t focus on one particular player but would rather focus on refining his team’s style to weed out the minor mistakes.

“We know Bengaluru FC and Sunil Chhetri. But it is not about an individual. We will be playing against a good team and not against one, two or three very good players. We have to do our best. We are thinking about ourselves. We have to remain loyal to our style of play. Not thinking much about the opponent team. We have to focus on small things. They can change the result,” he concluded.

Sun Feb 14 , 2021
The tactician was visibly irked by the midfielder’s move after he claimed he was not involved at all in the player’s transfer Uganda Revenue Authority head coach Sam Ssimbwa is now ready to move on after dependable Saidi Kyeyune signed for El-Merreikh of Sudan. The midfielder left the Tax Collectors […] 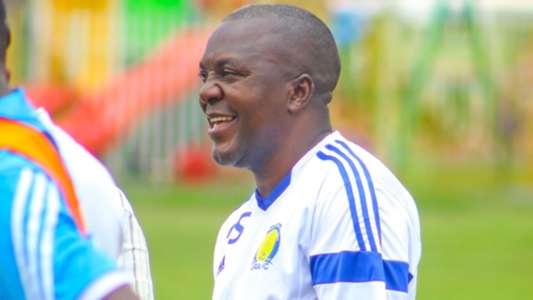