It’s something I ultimately think that systematically we just have to deal with,” said Serena Williams. She is the greatest tennis player of all time followed by hordes of fans around the world. And she could be the best antidote against racism, thanks to her popularity and commitment, she can raise awareness among the masses of people on a topic that has been provoking protests all over the world in recent weeks.

The video of George Floyd’s death, which occurred on May 25, officially due to a cardiac arrest but, as everyone has seen in the video, probably due to police officer Derek Chauvin who pressed his knee on George Floyd’s neck for 8 minutes and 46 seconds and the other agents do nothing to stop him, scandalized the world.

The best way to combat racism is to change people’s mentalities, even in those places where there are deep-seated ideologues, where supremacy is seen by many (erroneously) as a right of white people.

Changing people’s mindsets is a difficult game, especially in radicalized realities, but famous people like sportsmen always have an advantage: they can pass on their messages so that all people in the world can listen to them.

Serena Williams and her husband Alexis Ohanian did it in the past few days. “White America, we need to do better!” said Ohanian. “What I believe and what the Bible teaches, is that there is so much more waiting if we exercise faith.

I wouldn’t be me if I wasn’t black,” said Serena. Ohanian, co-founder of Reddit has said he is stepping down from the board of the company and asking that he be replaced with a more diverse candidate. Serena Williams tweeted that she was proud of her husband’s decision.

“Having several views on any boards is important. So proud of you Alexis. I know Olympia will be too.” Many other stars such as Cori Gauff, Naomi Osaka, Ivan Ljubicic, Rafael Nadal, Roger Federer and Novak Djokovic, expressed their solidarity and their thoughts against racism.

Serena Williams and all those who have the opportunity must always try to get a positive message and raise awareness: they are the best antidotes against racism.

Thu Jun 11 , 2020
The goalkeeper shares his thoughts on Otumfuo’s big instruction concerning the acquisition of new players   Asante Kotoko skipper Felix Annan believes the club’s directive to stay off the transfer market for a year is not cast in stone.  At a first meeting of a new board of the Kumasi-based side […] 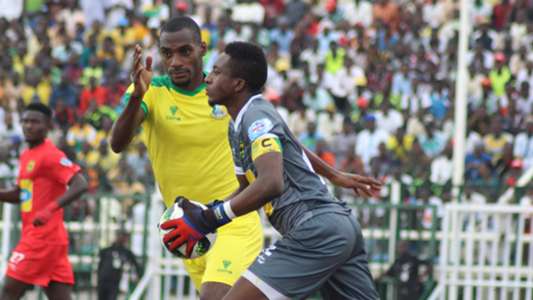