Victoria Azarenka notched her 11th win on the trot and one of the biggest of her career to reach the final of the 2020 US Open. The Belarusian took down one of the favourites for the title, Serena Williams in a gutsy three-setter, winning 1-6, 6-3, 6-3, four minutes short of two hours.

The former world no. 1 overcame not just three breaks of serve in the opening set but also saved a break point in the second set before upstaging the six-time former US Open champion. The second game of the second set marked the turnaround for the Belarusian.

Two games later, she had her first chance of breaking Williams’ serve and she did not let go of that opportunity to go up 3-2. A second break of Williams’ serve in the ninth game of the set allowed Azarenka to capture the set and send the match into the decider.

The deciding set was quite far removed from how the match had begun. Where Williams had dominated the shots to start with, it was now Azarenka who dictated the pace and momentum of the match. On the other hand, Williams was also bothered by her left Achilles and had to call for a medical time-out (MTO) while serving in the second game of the final set.

Despite the medical assistance, Williams was broken in that game and the end seemed all the more nearer following that moment.

“I’m so grateful to be able to play such a champion in the semi-finals.

On the road to the final, you have to beat the best players, and definitely today was that day. I dug myself in a big hole—she dug me in a big hole in the first set. I had to climb my way out of there, one by one. I’m very happy that I was able to turn it around,” Azarenka said, after the match.

Her appearance at a Slam was at the 2013 US Open in which she had lost to Williams. In the 2020 US Open final, Victoria Azarenka has set a rematch of the 2020 Western & Southern Open final against Naomi Osaka. Then, Osaka was forced to withdraw ahead of the match because of a hamstring injury. The Japanese leads their head-to-head 2-1. Photo Credit: Simon Bruty/USTA

Fri Sep 11 , 2020
The African inter-club competitions have been given new dates to complete their schedules The Caf Champions League and Confederation Cup are set to recommence in October after an agreement was reached by the Executive Committee of the continental governing body on Thursday. Both tournaments were suspended in May because of […] 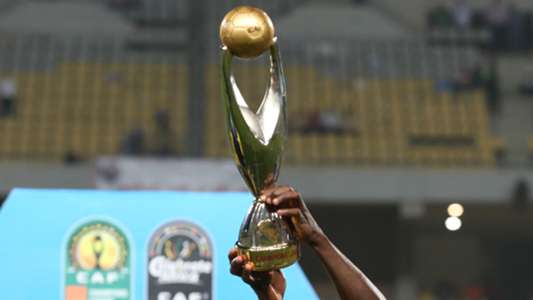