Before the 2019-20 final match, the South Africa international had played 84 minutes but could not help Gverreiras avoid a 3-0 loss to SL Benfica in the Women’s League Cup final last Wednesday.

On Tuesday, Seoposenwe earned a starting spot in coach Miguel Santos’ squad, while Nigeria’s Christy Ucheibe and Cape Verde’s Jolina Amani were left on the bench by SL Benfica.

Hannah Keane, who replaced Cindy Konig on the starting list, opened the scoring with her superb strike three minutes after Andreia Norton’s came close in the fifth minute for Braga.

Benfica, however, gained more possession of the ball and almost levelled matters through Andreia Faria after a Matilde Fidalgo-led build-up, but her effort sailed inches wide in the 19th minute.

After the half-time break, Filipa Patao’s side exerted more pressure on their opponents and found the crucial equaliser when Nycole headed in Ana Seica’s accurate cross in the 50th minute.

Braga stepped up to regain the lead when Seopensowe received a pass from Dolores Silva and went on to fire her side in front, with a powerful strike from outside the box in the 64th minute.

The long-range strike from @jermaine109 that sent SC Braga towards title glory.

Despite their slim lead, Braga did not rest on their laurels as Andreia Norton sent a pass-through to Myra Delgadillo, whose cross was headed in by Seoposenwe in the 78th minute to guarantee the win.

The result means Sporting Braga are the 2019-20 winners of the Portuguese Women’s Cup following the triumph over the holders.

Besides being first-time champions, they are also the ninth different winner in the women’s tournament since 2003.

Seoposenwe, who celebrated her first major title in the colours of Braga, lasted the duration of the encounter and has now scored three goals in all competitions this season.

On the other hand, Ucheibe could not taste a minute of the match for Braga, while Amani was a 68th-minute replacement for Fidalgo.

In their next encounters, Braga will welcome Clube Condeixa on January 24, while SL Benfica will visit Albergaria on the same day.

Wed Jan 13 , 2021
12 Malaysian players are owed a total of almost RM290,000, following the most recent Malaysian FA status committee meeting. The Malaysian FA (FAM) status committee which met on January 7 has issued 12 decisions regarding player pay disputes with two football associations. In the announcement made on Wednesday, January 13, […] 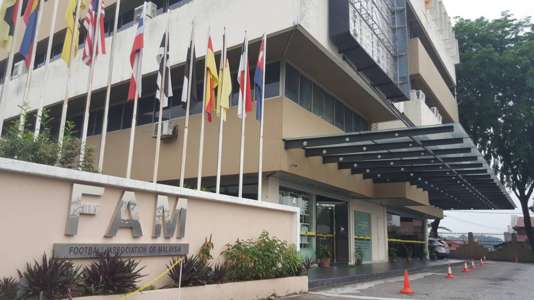