Vipers SC forward Yunus Sentamu has expressed his happiness after his double enabled the champions to hammer Malaba Youth Development Association 7-0 at the St Mary’s Stadium, Kitende on Saturday.

Sentamu, who only returned to Vipers a week ago, announced his return with two goals, Paul Mucureezi also scored a brace and additional goals from Ceasar Manzoki, Disan Galiwango, and Ibrahim Orit.

However, there was no stopping the Ugandan as he earned his brace in the 28th minute when he found the bottom corner for Vipers’ second goal.

The 26-year-old has now promised to score as many goals as possible so as to help the Venoms achieve some of their targets for the season.

“I was excited when l found out l will start the game because I am happy to be back home. I thank the coach for the opportunity he gave me to make my debut after just signing a week ago.” Sentamu told the club’s official website.

“I know l can still score goals if given the chance, it is a privilege for me and this is an opportunity for me to redeem myself and l want to give my all to go up again and keep winning games.”

“I’m happy to score two goals on my debut. The goals were amazing and that’s what teamwork does. My teammates scored superb goals as well but the most important thing is the victory.”

“Hopefully today was just the first two goals of many for Vipers.”

After Sentamu, made it 2-0, the home side earned their third goal in the 38th minute when Manzoki’s clinical header was not stopped by Myda’s defenders and goalkeeper. The league champions were not done yet with the league debutants as Mucureezi added the fourth in the 45th minute.

Allan Kayiwa would have made it 5-0 in the 55th minute but his effort went narrowly wide. Mucureezi returned in the 59th minute when he found the back of the net to stretch Vipers’ lead far from the reach of Myda – who have been struggling since the season started.

Galiwango scored the sixth for Vipers as he earned his first goal for the Premier League champions before Orit made it 7-0 in the 89th minute to hand the club not only its biggest season win but also a clean sheet.

Lewandowski: Bayern can complete one of the biggest historical achievements in all of football

Sun Feb 7 , 2021
The Bavarian giants are hoping to lift a sixth trophy in the space of a year at the Club World Cup Robert Lewandowski says Bayern Munich will complete “one of the biggest historical achievements” in world football if they lift the Club World Cup in Qatar this month. The German […] 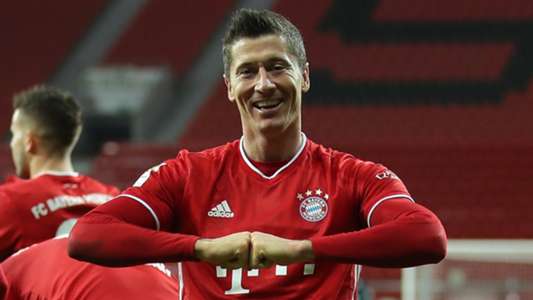