Express FC will have to do Ugandan Premier League duty without George Senkaaba who has been ruled out for six to eight weeks due to an injury.

Senkaba had to leave the pitch in the 50th minute when Express played and defeated Kitara FC 1-0 on Tuesday.

“Express forward [George] Senkaaba has been ruled out of action for the next six to eight weeks after he picked up multiple partial tears in his Achilles,” Express announced on Thursday.

Frank Kalanda, last season’s top scorer and who replaced him during the Kitara game, is set to fill the void in the absence of the current club’s top scorer.

“It is sad that I have picked the injury when I and the team are doing well but that is football for you. Sometimes these moments happen but you cannot turn the clock back,” Senkaba hoped.

“I am however mentally focused and certain that I will bounce back stronger. The club has done a good job to ensure that I get the necessary treatment and I am positive I will be fine.”

Senkaba who worked his way into the first team in the ongoing season has scored six goals. His first goal came against record Premier League giants Sports Club Villa before he handed the Red Eagles a 1-0 win over Uganda Revenue Authority in the next game. The other four goals were scored in the subsequent league games.

Should the Red Eagles beat Busoga United on Friday, they will temporarily reclaim top spot which they had surrendered to the reigning champions, Vipers.

Express captain Enock Walusimbi has called on the other strikers to up their game in the absence of dependable Senkaba; “Of course, we will miss him [Ssenkaba] because he has been scoring goals but there are players who can fill the void.”

Meanwhile, Walusimbi has emphasised the need to find goals when they host Busoga United.

“We are well prepared for Friday’s game against Busoga,” Walusimbi said as was quoted by Sports Nation. “We have improved on our scoring and I think we will score more goals.

“We are so much concentrated on scoring as the team is playing well and not conceding goals. I think we shall win the game.

“I think Friday’s game will be easier if we concentrate more on a winning mentality. We are only focusing on winning every game that comes our way and no one thinks about the unbeaten run.”

The skipper has had to play at the right-back position since he completed a suspension that he got while playing against SC Villa.

“I’m comfortable playing at right-back even though it has been a while without playing there,” he concluded.

“The good thing is that the coach trusts me and we aren’t conceding goals and everything is good.”

The Red Eagles have not lost a game in the season and have 25 points from 11 games.

Thu Mar 4 , 2021
The teenager has been in great form for the Brewers and recently won the January Player of the Month award Tusker FC striker Henry Meja hopes he will continue with his rich form in front of goal and end up becoming a winner by the end of the ongoing Football Kenya […] 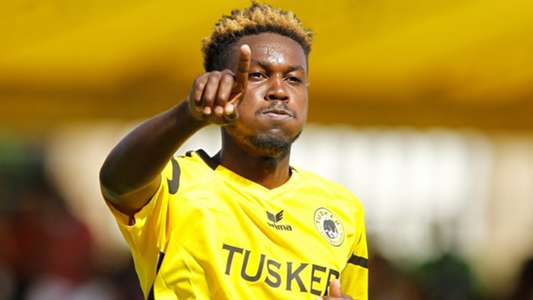