Express FC striker George Senkaaba is relishing the prospect of stepping up in the big moments and help the team achieve their targets in the Ugandan Premier League.

Senkaaba who has now scored twice in six league games, getting match-winners against archrivals SC Villa on December 19 and on February 14 away to URA FC.

Against the Taxmen on Sunday, Senkaaba stepped up after earning his first start, in the 1-0 victory at the Arena of Visions in Ndejje.

Senkaaba has now said his intention is to continue to help the team reach their targets and also praised his teammates for their contributions.

“I am extremely proud of my hard work because it’s paying off,” Senkaaba said as quoted by the club’s official website. “I, however, credit my teammates for the cohesion we have because it’s really helped us to win as a team.

“As for the big moments, any player and forward, at that, would want to step up on big occasions and I am glad I am doing so and going forward, I hope to continue the streak because forwards are only considered when scoring goals.”

In an earlier interview, Senkaaba lauded his teammates for their efforts to pick an away win.

I would like to thank my fellow players, fans and the technical team for the away win,” Senkaaba told the club’s official website after the game. “As we promised you our fans, this is just the beginning.

“We shall win game by game, as a player, I am happy for this goal, it has been a team effort and it helped me have confidence, I now urge the fans to buy season tickets so that they can support us in our next game against [KCCA].”

The win against URA has left Express coach Wasswa Bbosa believing their target of moving top of the table is still in sight and also promised to rectify a few mistakes he spotted against URA before their next league match.

“We prepared well, the boys knew we had to avoid conceding in set pieces like was the norm in other matches,” Bbosa told the club’s official website after the match.

“We had a few mistakes but we’re going back to correct them, the target remains going top of the table, we have KCCA next but we respect them and we shall prepare to get maximum points.”

The win pushed Express to position four on the 16-team league table with 12 points from six matches.

Sanoka and Buchanan: Experienced PSL pair on the market after parting ways with Maritzburg United

Tue Feb 16 , 2021
There’s been some substantial business done by Ernst Middendorp’s side in the mid-season transfer window as they try to plot a way clear of relegation Experienced Premier Soccer League pair Pogiso Sanoka and Keagan Buchanan have been released by Maritzburg United. The news was confirmed by the Team of Choice […] 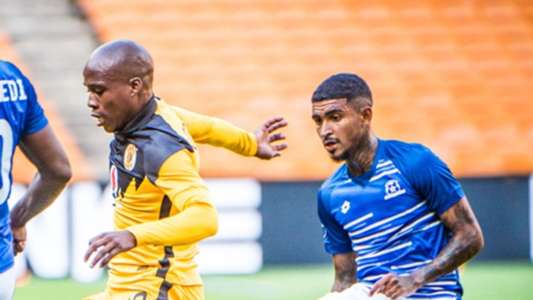