33-time Malaysia Cup champions Selangor did have a plan to return to their former home ground, albeit temporarily.

Selangor FC’s 2021 home kit was launched on Monday to rave response by their fans and Malaysian football fans in general, with the 1986 Malaysia Cup final strip-inspired shirt nearly selling out just days after the launch.

Due to the lockdown throughout Malaysia currently, the launch could only be done through social media, unlike in the previous seasons when a squad introduction-cum fan gathering was also held. According to club CEO Johan Kamal Hamidon, their initial plan had been to launch the kit at a historic venue that is dear to them; the Merdeka Stadium, Kuala Lumpur.

The ground, now no longer used for top-level matches, is the former home of Selangor until 1994, and was also where the 1986 cup final was played. Although the Red Giants were victors in the 1986 Malaysia Cup final with a 6-1 thumping of Johor, the match was perhaps more famous as Malaysia and Selangor legend Mokhtar Dahari’s last ever match in a Selangor shirt. His image is also featured on the back of the 2021 strip.

“The launch was supposed to be done at the Merdeka Stadium,” revealed Johan in a telephone call with Goal on Wednesday. “Or at least that was the plan.”

“The [kit launch] video was supposed to be shot there, we’ve even finalised the stryline, but to be honest we couldn’t develop it (the general launch plan) further. Due to the pandemic restrictions, we didn’t know the size of crowd we could bring, the type of gathering we could do, the questions that we could not answer then and even today. We didn’t want to spend resources on something uncertain.”

Also forced to be scrapped was a complementary launch plan of opening club-run pop-up stores in all nine districts in the state of Selangor, from where fans could purchase the new shirt in person.

“We had also wanted to identify a location in every district where we could set up a pop-up store, something like that. That way we could have segregated the distribution, like a satellite launch.

“It was nothing grand, but at the time we still hoped that small gatherings would be allowed [by the government],” added the club official.

While the lockdown has made it difficult for the club to host events, it has also made kicking off the 2021 Malaysian league season near impossible. A recent extension in the lockdown throughout most of the country is likely to push the league start to a later date.

Johan is hoping that the Malaysian Football League (MFL) and the Malaysian FA (FAM) will be able to convince the powers that be that the league should be allowed to start sooner rather than later, while adding that Selangor are willing to help the two organisations’ push, if called upon.

“I think that MFL and FAM are doing a good job in convincing the government that we (Malaysian professional football) have a good track record. They have been proactive in consulting with the clubs on how to let football still take place while containing the pandemic, and they also noted down suggestions from the clubs.

“If called upon by MFL and FAM, Selangor will be more than happy to support them and play our role in the effort of convincing the government,” he noted.

Thu Feb 4 , 2021
African Nations Championship defending champions Morocco stormed into the final after a 4-0 win over hosts Cameroon, to set a date with West African heavyweights Mali. Soufiane Rahimi scored a brace for the Atlas Lions at Limbe Stadium with other goals coming from Soufiane Bouftini and Mohammed Ali Bemammer. It took […] 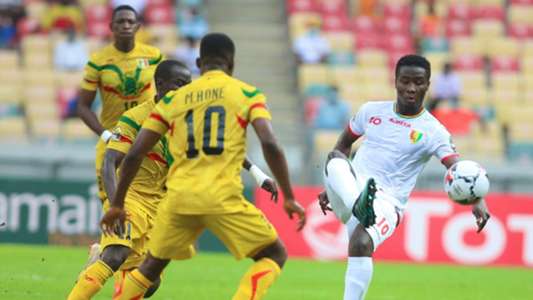