Jesse Sekidika opened his goal account for Konyaspor in their 2-0 Super Lig defeat of Denizlispor on Sunday afternoon.

The Nigerian winger joined the Anatolian Eagles on January 29, 2021 from Galatasaray until the end of the 2020-21 campaign.

He had played two games without success in front of goal. Against Hakan Kutlu’s men, however, he broke his duck for İlhan Palut’s team with a second-half effort.

Failing to win any of their last six games across all competitions, Konyaspor welcomed the struggling side to the Konya Buyuksehir Stadium.

The uneventful first-half ended 0-0 as both teams paid for their profligacy in front of goal, while Denizlispor’s Tiago Lopes was cautioned by referee Huseyin Gocek for a reckless tackle.

In the second-half, Palut’s side came out on fire and that paid off in the 52nd minute after Abdulkerim Bardakci put them ahead thanks to an assist from Deni Milosevic. With the visitors’ defenders caught out of position, the Turkish defender fired past goalkeeper Cenk Gonen a low cross from the Bosnia and Herzegovina star.

The visiting side tried to cancel the strike, but they were unable to break into the hosts’ organised defence and then there was also a series of goalkeeping heroics from Eray Birnican.

With 10 minutes to full-time, the Super Eagles prospect sealed the win with a one-time shot from Levan Shengelia’s pass.

After putting up an impressive shift, Sekidika was replaced in the 88th minute by Amar Rahmanovic. Uganda international Farouka Miya was handed a starter’s role but he was substituted for Levan Shengelia in the 76th minute.

Cote d’Ivoire star Ismael Diomande played for 88 minutes, whereas Emem Eduok – who is on loan from Hajduk Split was not considered for selection.

On the other side, Togolese midfielder Matthieu Dossevi was brought in for Iraqi midfielder Ahmed Yasin, while Tunisian defender Ayman Ben Mohamed was brought in for Sakib Aytac in the closing stages of the low-scoring affair. Also, Malian striker Hadi Sacko was not included in the matchday squad.

Thanks to Konyaspor’s triumph, they climbed to 13th in the log with 27 points from 23 outings. Elsewhere, Denizlispor remained at the base of the table with just 18 points having played a game more.

Sun Feb 14 , 2021
The result means K’Ogalo need an improved performance and a better result if they have to reach the group stage of the continental competition Napsa Stars defeated Gor Mahia 1-0 in a Caf Confederation Cup pre-group stage encounter in Nairobi on Sunday at Nyayo Stadium. After a number of missed chances especially […] 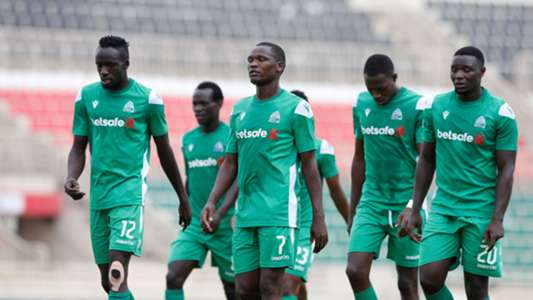