The England icon joined on loan from Manchester City earlier this month, but does not expect to walk into the team as she targets an Olympics spot

Jill Scott says it would be “disrespectful” to say she joined Everton on loan from Manchester City just for game time.

The England icon, who is the Lionesses’ second-most capped player of all time after Fara Williams, had only started two Women’s Super League games for City this season despite being a regular every year since joining in 2014.

With the Summer Olympics fast approaching, Scott joined the Toffees on loan last week – a club she knows well having represented them for seven years prior to moving Manchester – but while she believes the move “should probably keep [her] in the frame” for Team GB, she is not expecting to just be given minutes.

“I don’t want to be disrespectful and say, ‘I’m coming here to get game time’, because it’s going to be difficult,” Scott said. “There are a lot of top players here: Izzy Christiansen, Claire Emslie, I could go on. Training has been difficult and I know that I’m going to have to be on top of my game in order to challenge for a place here.

“I’m enjoying it and that’s the main thing, I’m just willing to get my head down. I suppose what will be, will be with the Olympics. It’s going to be so difficult to get into that squad.

“I still feel like I’ve got a lot to give and I still believe in myself and I hope this move will kind of mirror that.

“It’s definitely the right move for me at this time. If I wasn’t to get selected for the Olympics, or they weren’t to go ahead, then at least I know I tried.

“Maybe it would have been easier for me to stay at City, in my comfort zone, going in every single day, but this shows that I’ve still got the drive and determination that I want to push myself – I really do. I turn 34 next week but I honestly have still got the same amount of drive and energy as when I was 21, so I just want to make the most of it.

“Whatever happens – yes, that’s [Olympics] the end goal – but I’ve still got things I want to achieve now and those goals will be with Everton.”

The England international even recalls coaching forward Chantelle Boye-Hlorkah when she was last year, the 25-year-old then coming through Everton’s youth set-up.

“She was probably only 11 or 12 years old,” Scott remembers, having only been 19 herself when she joined the Toffees in 2006.

“Now, to see her playing for the first team and being able to have those dreams and aspirations that are a reality. When I was here the first time, we always had that dream of being a professional footballer, but it wasn’t even a thing.

“It is really special being back here, to see how far the club has come and how well the girls are doing in the league, making the FA Cup final. I’m sure they can go on to achieve a lot of success.

“When I walked in, it’s like I’ve never been away, to be honest. It’s 15 years ago that I first signed here and to think of the journey that’s gone on since then, it’s been pretty incredible.

“One of the biggest changes is I’m here at 10 o’clock in the morning and not 10 o’clock at night. I think that shows how far the women’s game has come and it’s probably quite a good analogy.”

Wed Jan 27 , 2021
The German midfielder heaped praise on the defender after he scored a goal after providing an excellent assist on Tuesday against West Brom Manchester City goalscorer Ilkay Gundogan was full of praise for team-mate Joao Cancelo, who he says has improved in a new role in the last few weeks, […] 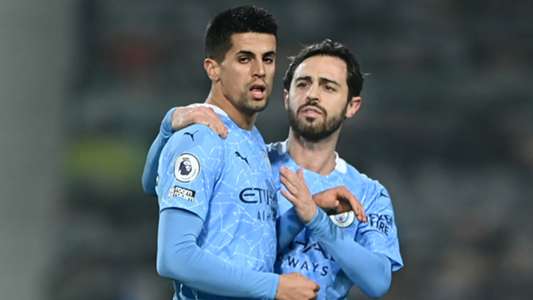