Schalke 04 sporting director Jochen Schneider is hopeful Benjamin Stambouli will renew his contract with the club as his current deal runs out at the end of June.

The 29-year-old defensive midfielder has been on the books of the Royal Blues since 2016 after joining from Paris Saint-Germain and has 106 appearances, scoring no goals and providing four assists.

He has been limited to just nine Bundesliga outings this season because of a foot injury which has kept him out since October 2019.

His last appearance was in a goalless draw with Borussia Dortmund in the Revierderby, completing the entire 90 minutes at home.

“We will see. The parties are still discussing,” Schneider told Sky Sports Deutschland.

“What are the chances of renewal? I would say they are big, I hope. We will see.

“The economic situation is difficult for us. We play in empty stadiums, there is no money at the end of the day. We must also be careful. We cannot live too long beyond our means.

“I feel an extreme responsibility for the club and its future in the medium and short term. In general, we don’t spend more money than we earn.”

Stambouli’s career began at Montpellier in 2010 where he played 130 times, scoring four goals and contributing five assists. He was part of the side that shockingly won the Ligue 1 title ahead of oil-rich PSG in 2012.

He joined Tottenham Hotspur ahead of the 2014-2015 season and scored only once. He played every round of the League Cup until the final where the Lillywhites were beaten 2-0 by Chelsea.

After just a season and 25 total appearances for Spurs, Stambouli proceeded to PSG for the 2015-16 campaign and was more productive than at Spurs, making a total of 40 appearances, 27 which came in Ligue 1.

Stambouli was born in the French city of Marseille to an Algerian father and is eligible to play for either Les Bleus or Les Fennecs.

Wed Jun 17 , 2020
The supporter says he is concerned about how the federation has disrespected the Sports Disputes Tribunal A concerned Kenyan citizen has written to Fifa with regards to the stalled Football Kenya Federation (FKF) elections and warned of the “greater football harm” posed by Nick Mwendwa. Paul Nyang’owo Otieno, who identifies himself as […] 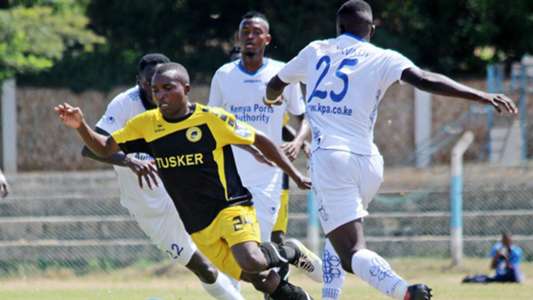