Despite speculation linking him with a move to Old Traffoed, the midfielder is happy to stay in La Liga

Saul Niguez insisted Atletico Madrid remains his “home” despite transfer speculation, revealing he has never spoken to any club over a potential move elsewhere.

Saul signed a nine-year contract extension with Atleti in 2017, though the long-term deal has not stopped rumours about the Spain international’s future in the capital.

Manchester United have been strongly linked with the midfielder, as the club continues to rebuild under Ole Gunnar Solskjaer.

Saul, however, claims he is unaware if anything has gone further than stories in the media.

The midfielder also made it clear that he is happy with his life in Madrid as he aims to help Diego Simeone’s squad seal a top-four finish in La Liga this season.

“I see things on Instagram or in newspapers which you publish, but I haven’t heard anything from any club,” Saul told Radio Marca.

“I’m focused on finishing this season, achieving the objective [of finishing in the top four] and then dreaming about the Champions League.

“I have a long-term contract, which I signed because I want to stay here. I don’t have any problem staying here because my family are here, it’s my home.

“People say, ‘come out and deny it’, but then if you deny it and something happens, you look bad.

“I just stick to playing football and what has to happen will happen, I’m just focused on achieving Atletico’s target, which is to be in the top four, and then try to get the most desired target of the season.”

Atletico return to action on Sunday when they travel to Athletic Bilbao for their first fixture since the 2019-20 season was suspended due to the coronavirus pandemic in March.

They have not played since a 3-2 extra-time win over Liverpool at Anfield in the Champions League round of 16 on March 11, a result that saw them eliminate the titleholders to reach the quarter-finals of the competition.

Atletico Madrid president Enrique Cerezo recently claimed that Atletico should be rewarded for their victory over Champions League title-holders Liverpool by being handed the trophy if it is not possible to conclude the tournament this season.

Sat Jun 13 , 2020
The manager discussed Juventus’ 0-0 draw with 10-man Milan, which was enough to secure progress to the Coppa Italia decider Juventus head coach Maurizio Sarri was pleased with “unlucky” Cristiano Ronaldo after the superstar missed a penalty against Milan in the Coppa Italia semi-final. Ronaldo rattled the post with a […] 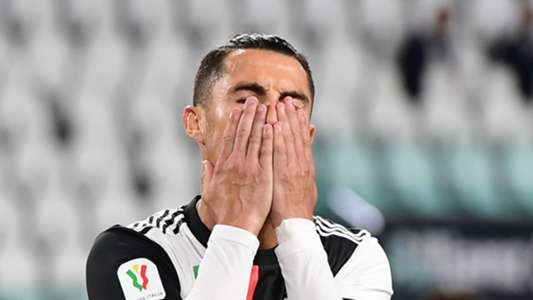