Watford midfielder Will Hughes has described Ismail Sarr’s pace and technique as frightening and impressive.

The Senegal international teamed up with the Hornets in the summer of 2019 from French side Rennes for a club-record fee of £30 million.

The winger has been delivering eye-catching performances and in his debut season, he scored five league goals although his efforts were not enough to save his side from relegation.

His impressive debut season caught the attention of many Premier League clubs but the Hornets managed to hold onto their star forward.

Sarr has bagged seven goals and provided nine assists in 27 Championship games in his quest to help Xisco Munoz’s men return to the English top-flight at the end of the campaign.

His pace and dazzling displays on the wing have often caught his markers on the back foot and Hughes has praised the forward for those showings.

“He’s frightening. How he does it every single game is scary,” Hughes told the club website.

“Everyone talks about his pace and that’s brilliant, but his technique and touch at the pace he runs at is frightening.

“He does not stop for 90 minutes and it’s the control he has at such pace that is the most impressive thing. He’s a good lad, too.”

Sarr’s effort helped Watford to their current third position on the league table after gathering 57 points from 31 games.

The forward will be expected to continue his scintillating performances when Watford take on Blackburn Rovers in their next league match on Wednesday.

Sarr has also been a consistent performer for Senegal since he made his debut against Namibia in 2016 in the Africa Cup of Nations qualifiers.

The forward has now made 32 appearances for the Teranga Lions and will be expected to continue to replicate his club performances for the West African side in their next outings in March.

Tue Feb 23 , 2021
Chelsea were held to a 1-1 draw in their last outing by Southampton in the Premier League. Thomas Tuchel’s men had won five games in a row before the stalemate at St Mary’s Stadium. The Blues have been impressive under the tenure of the German, but the stakes are raised […] 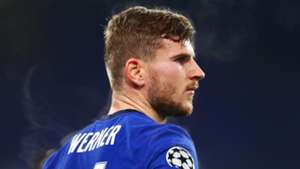