Three of Ismaila Sarr’s goals have been nominated for the Watford Goal of the Season prize.

The 23-year-old played a crucial role in the Hornets’ return to the English Premier League – contributing 13 goals and four assists in 39 matches.

Nonetheless, three of his efforts in the EFL Championship will compete against five other players for the goal of the season diadem.

Sarr’s brace in the 2-0 defeat of Reading and his effort in the 2-1 away triumph over Stoke City will challenge Tom Cleverley’s goal versus Swansea at the Liberty Stadium, Ken Sema’s beauty in the 4-1 destruction of Rotherham United at the New York Stadium, and Adam Masina’s sumptuous free-kick in Watford’s 2-1 away defeat of Cardiff City.

The goal with the highest number of votes will walk home with the individual accolade during the club’s end of the season dinner.

In a recent interview, the Senegal international praised the collective effort of his teammates for their return to the elite division.

“I didn’t win anything. The whole team won,” the former Metz and Rennes star told the club website.

“I just tried to do my job, creating dangerous situations and scoring goals. The reality is there’s been an effort from the whole group.

“Yes [it’s one of my career highlights] but we can still do better. The league is not finished, and we still have two games to go, so we have to carry on.

“I’m very happy, and everyone is happy as well, because everyone did such a great job, from the players to the manager and the staff behind the scenes.”

Sarr would be hoping to add to his goal tally when Xisco Munoz’s men travel to the Brentford Community Stadium on May 1 for their league encounter against Thomas Frank’s Bees.

As it stands, Watford are second on the log having amassed 88 points from 44 league outings.

Tue Apr 27 , 2021
The Frenchman scored a sensational goal against the Blues and that has got social media talking Karim Benzema’s stunning strike in Real Madrid’s Champions League semi-final clash against Chelsea has shut down social media. Christian Pulisic had given the English Premier League side a 14th minute lead at the Estadio […] 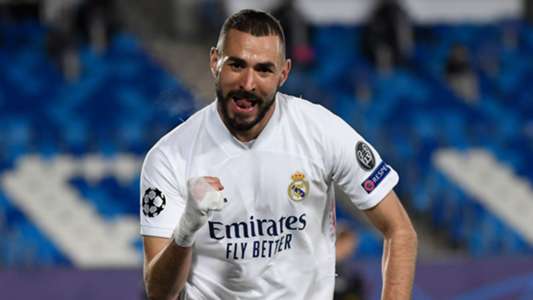