Two Sao Paulo giants meet in Friday’s derby, with both secure of their place in this year’s Libertadores

How to watch Sao Paulo vs Palmeiras

A season that started with such high hopes for Sao Paulo has ultimately fizzled out.

The Tricolor hoped that the acquisition of stars such as Dani Alves and Juanfran would prove key in their hopes of taking continental honours, but they endured early exits in both the Copa Libertadores and Sudamericana.

Their chances of lifting Serie A also imploded due to a wretched run of results after the New Year, although they have secured a Libertadores spot in 2021.

With them in the competition will be Palmeiras, by virtue of winning the Copa over Santos in January.

The Verdao have also held their own domestically and lie sixth – this is their second game in 48 hours as they make up the fixtures postponed due to their exploits in the Libertadores and Club World Cup.

Sao Paulo vs Palmeiras is available to stream worldwide on Fanatiz , where you can sign up for a 7-day free trial.

Sao Paulo’s efforts at the Morumbi will be watched with interest by Hernan Crespo, who will take over at the end of the Brasileirao season as coach.

Benjamin Kuscevic will be suspended for the visitors following his red card against Coritiba on Wednesday, while several first-teamers will return to the starting line-up after featuring off the bench last time round.

Thu Feb 18 , 2021
The South Korean says he enjoys a “really close relationship” with the Real Madrid loanee, who set up his goal against Wolfsberger Son Heung-min said he really enjoys playing with Gareth Bale after linking up with his Tottenham team-mate to great effect in the Europa League. Bale impressed for Spurs […] 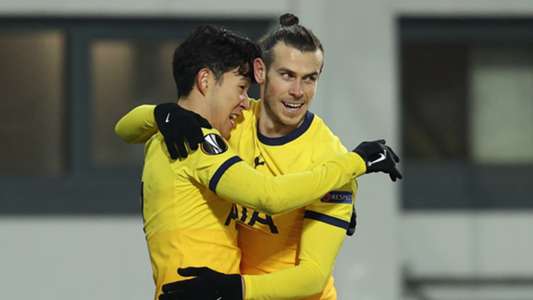