How to watch Santos vs Corinthians

Santos’ focus for much of the last six months has been success on a continental level, leaving Serie A in a distant second place.

Cuca’s troops fought through to the final of the Copa Libertadores in January, where they lost out to a last-minute winner against Palmeiras to miss out on the title.

Despite rotating heavily in the Brasileirao, though, the Peixe retain a slim chance of qualifying for the 2021 Libertadores still.

Victory on Wednesday would move them within three points of Gremio in the last qualification spot with two games still to play.

Corinthians are also in the hunt for a Copa berth, although a place in the second-tier Sudamericana for the coming year looks far more likely.

Defeat at the hands of Flamengo on Sunday leaves them seven points behind Gremio, and if they fail to beat Santos at Vila Belmiro their hopes of making the competition would be all but extinguished.

Santos vs Corinthians is available to stream worldwide on Fanatiz, where you can sign up for a 7-day free trial.

Santos coach Cuca is likely to repeat the starting line-up from his side’s last outing, a 2-0 victory over Coritiba at the weekend.

Gabriel returns for Corinthians after missing out against Flamengo due to suspension, but defender Fagner picked up his own ban at the weekend and will be unavailable.

Watch all this weekend’s Brasileirao matches on Fanatiz with a 7-day free trial.

Wed Feb 17 , 2021
A disappointing first half performance saw the Nzalang Nacional lose their first game at the tournament in Antalya Equatorial Guinea started their 2021 Turkish Women’s Cup campaign on a poor note after a 5-0 defeat to Uzbekistan on Wednesday. The Nzalang Nacional were assembling for the first time since their […] 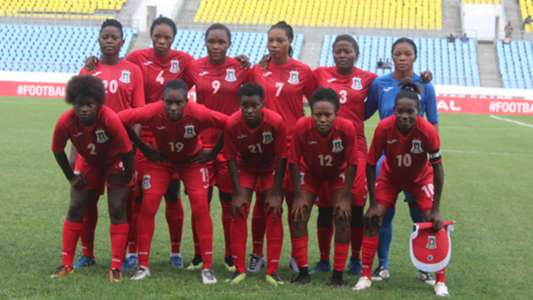