Jadon Sancho would be “Donny van de Beek two” if he signed for Manchester United, according to Dimitar Berbatov, who insists the Red Devils don’t need the Borussia Dortmund star.

Ole Gunnar Solskjaer identified Sancho as his primary target in the summer transfer window, but United ultimately failed to sign the winger after a drawn-out saga which saw Dortmund refuse to budge on their £100 million ($136m) asking price.

United decided against paying such a large fee amid the financial uncertainty caused by the Covid-19 pandemic, and moved onto alternative targets at the start of the 2020-21 campaign.

Solskjaer was able to add the likes of Van de Beek, Edinson Cavani and Alex Telles to his ranks, while a deal was also put in place for Atalanta winger Amad Diallo, who finally arrived at Old Trafford earlier this month.

And Berbatov fears that, were United to move for Sancho, the Norwegian would struggle to find a regular place for him in his starting XI.

“I have read more rumours about Jadon Sancho at Dortmund and how United could sign him. So, you sign Sancho and where do you play him?” Berbatov told Betfair.

“They will have lots of games in the Europa League and FA Cup, but then what happens to people like Donny Van de Beek. It would be Van de Beek two if they sign him. Yes, he is a great player but then do you just have too much talent.

“Cavani has been a great signing and do you drop him? You will not turn down Sancho and he is a good player and it is whether you want that luxury headache where you tell people you are rested today etc – it is not a good conversation, I am telling you from experience.

“I still don’t think it will happen. The way things are going at the moment credit has to go to Ole and the players now. He has found the right balance about which players are playing.

“He has found that delicate balance with players not complaining and that is a difficult thing. The manager has taken the right decisions so far.

“If Sancho signed for another team or a rival it wouldn’t be a blow. Sir Alex Ferguson got rid of players because no-one is bigger than the club, they were replaced.

“That’s still the case, no one is bigger than Manchester United, so, I’m not expecting anything to happen.”

Berbatov is expecting at least one outgoing at Old Trafford this month, though, with West Ham-linked Jesse Lingard considered to be wasting his time sitting on the bench.

“Jesse Lingard is not playing and it makes sense to go somewhere in which he might play,” he said. “It shows that Ole is not going to count on him and as much as he loves United, Jesse needs to go somewhere to play.

“He has played for England and if he has aspirations to return to the National side, he needs to go somewhere else. His situation isn’t unique, you see it all over the world.

“The other young players around him want it more than him maybe. He might have stopped developing and they are passing him by with development. Maybe he has reached his peak.

“It’s not a happy place for him now and he needs to get on the pitch. It is good for him to stay in England.”

Wed Jan 27 , 2021
The Buccaneers already had a depleted pool of selection in recent matches and that has been worsened by losing another player Orlando Pirates coach Josef Zinnbauer is not worrying himself over the suspension of defender Innocent Maela for Saturday’s Soweto Derby against Kaizer Chiefs, saying they have enough cover for […] 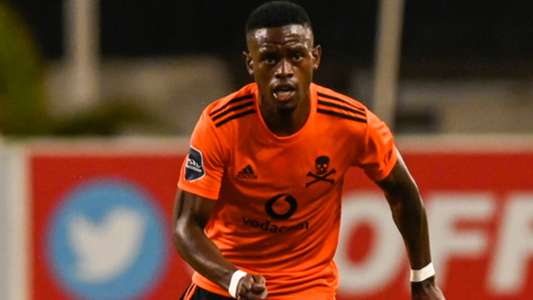