Inter missed a glut of chances at the Luigi Ferraris as Sampdoria ended the Nerazzurri’s eight-match winning Serie A streak.

Antonio Candreva and Keita Balde were on target against their former club as Inter’s eight-match winning run in Serie A ground to a halt in a 2-1 defeat at Sampdoria.

The Nerazzurri were aiming to go top, at least temporarily, and Alexis Sanchez saw an early penalty saved at the Luigi Ferraris.

Another VAR check led to Candreva opening the scoring from the spot and Keita – on loan at Sampdoria from Monaco – doubled the hosts’ lead in an enthralling first half.

Stefan de Vrij finally headed wasteful Inter onto the scoreboard after 65 minutes, but Antonio Conte’s side failed to find and a leveller and remain second, one point adrift of Milan.

Audero kept out Sanchez’s penalty and Young smashed the rebound against the post, while Lorenzo Tonelli’s looping header for Sampdoria hit the crossbar soon after.

Candreva succeeded where Sanchez failed after 23 minutes, firing into the left of the goal after VAR spotted Nicolo Barella had handled a Tonelli header.

What a half! One penalty saved by #Audero, one scored by #Candreva and then a fine #Balde finish after some #Damsgaard magic. We lead by two!#SampInter #SerieATIM#FORZADORIA pic.twitter.com/iTT0PZHA8J

Sanchez was denied by Audero again and Lautaro Martinez wastefully headed wide, before the former followed suit in similar style after the break.

Ivan Perisic was twice off target with headers either side of Martinez testing Audero at his near post but Inter were frustrated in their endeavours.

Wed Jan 6 , 2021
The Argentine seems set to leave Camp Nou at the end of 2020-21, with his future a hot topic for all of the club’s presidential hopefuls Lionel Messi is the only player who can ensure Barcelona’s value, according to presidential candidate Lluis Fernandez. Messi wanted to leave Barca last year, […] 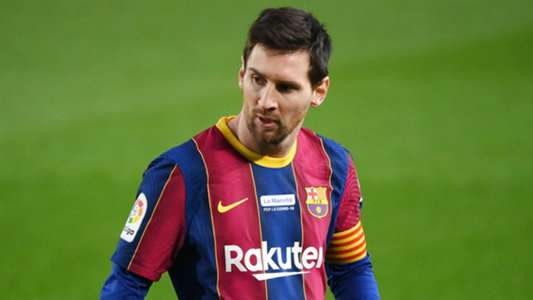