The Hoffenheim midfielder believes, nonetheless, that the centre-back would be a good addition for Nigeria

Hoffenheim midfielder Diadie Samassekou has acknowledged that he doesn’t want his club teammate Kevin Akpoguma to represent the Super Eagles, as he’s worried about how much the centre-back could improve Nigeria.

The defender was born in Germany but is eligible for the West African giants via his father, and has previously stated that he’d be open to representing the Super Eagles, despite having represented Germany at youth level.

While teammate Samassekou believes the 25-year-old would be a good asset for Gernot Rohr’s side, he’s attempted to dissuade the towering defender from committing to Nigeria.

“I think he would be a great help for [Nigeria],” Mali international Samassekou told Goal, “so for me, it would be better if they didn’t have Akpo.

“[I haven’t really asked him about it] because I’m not Nigerian,” the midfielder continued, “but for the development and improvement of African football, it would be great if he goes there.”

Akpoguma hasn’t represented Germany at any level since 2017, having worked his way up from U-16 level to the U-21s, but is yet to formally be introduced to the Nigeria set-up despite opening the door to a switch in 2018.

“I don’t know what he’s thinking,” Samassekou concluded. “This is a question you should ask him, and he’ll give you the right answer.”

Akpoguma signed for Hoffenheim from Karlsruher in 2013, but has taken his time settling in the first team.

This season, however, having previously had loan stints with Fortuna Dusseldorf and Hannover 96, he’s made 16 appearances in the Bundesliga including 12 starts.

It’s been a strong campaign from the club, who are still firmly in the race for European qualification with four matches to go.

Ahead of Friday evening’s game against RasenBallsport Leipzig, the villagers are only two points behind sixth-placed Wolfsburg, who currently occupy the last Europa League qualification berth.

The German top flight is currently a hotbed for Nigerian players and dual-nationality Nigerian talents.

Kingsley Ehizibue is one of the most recent new call-ups to Rohr’s Nigeria squad, while the likes of Anthony Ujah and Jamilu Collins have been familiar faces in the past and present.

There’s also a seam of potential new invitees to the national side, with Ademola Lookman and Jordan Torunarigha among several players eligible to turn out for the Eagles.

Onyango exit rumours: ‘In my prayers, Gor Mahia will keep all players’ – Polack

Fri Jun 12 , 2020
The British coach reveals to Goal he will fight to keep his best players at K’Ogalo in readiness for the new season set for August Gor Mahia coach Steven Polack has maintained a brave face and hopes the club will not lose any players in the next transfer window. The […] 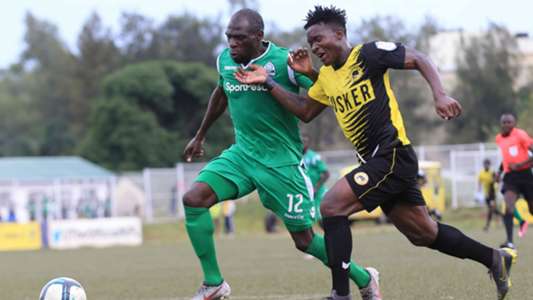