Mathare United coach Salim Ali was disappointed his team did not claim maximum points from their FKF Premier League fixture against Bandari on Friday.

The two sides faced off at Kasarani Stadium with the match ending in a goalless draw.

It is a result that has left coach Ali a disappointed man, insisting despite picking up a point from the game, his team deserved better from the fixture.

“We gained a point and that is a positive thing. But I see it more as two points dropped than one gained,” Ali told the club’s social media pages. “Especially with the fact that we were playing at home.

“We also failed to score for the first time this season. It’s not a worrying concern but considering the chances we created then we should be talking about three points now.

Ali was, however, happy with the display of keeper Job Ochieng and his backline for managing to keep another clean sheet in the contest.

“Job and his defenders did a good job and another shutout will have them beaming with confidence,” Ali continued.

“We started the season with a completely new backline and it affected our performances in the two losses we have suffered.

“But they are now slowly gelling together and the trial and error phase is slowly coming to an end.”

The draw was the fourth in succession for the Slum Boys, who are currently playing catch up games after they were reinstated to the top-flight by the Football Kenya Federation.

The Slum Boys were among the two ‘rebel’ teams that had refused to endorse the broadcast deal between the FKF and StarTimes, forcing the federation to suspend them from the top-flight.

However, Mathare alongside Zoo FC, moved to the Sports Disputes Tribunal, who later ruled that they be reinstated to the league.

Mathare United will now prepare for their next league assignment against Ulinzi Stars at Afraha Stadium in Nakuru on Wednesday.

Sat Jan 23 , 2021
The German champions are eager to tie the England U21 down to fresh terms at Allianz Arena amid interest from the Premier League Liverpool and Manchester United have been dealt a transfer blow as Bayern Munich have started to make progress in contract talks with Jamal Musiala. Goal has reported […] 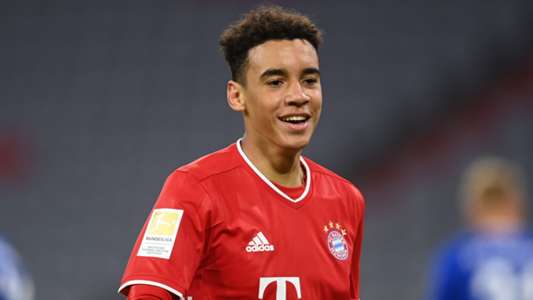