Talk of Mohamed Salah having his head turned by Barcelona or Real Madrid has been shrugged off by Liverpool legend Ian Rush, with a prolific presence from the Reds’ past expecting one in the present to stay put.

Speculation surrounding a talismanic presence at Anfield has surfaced amid a testing campaign for the reigning Premier League champions on and off the field.

Salah has kept the rumour mill ticking over with admissions that his long-term future could lie away from Merseyside, but Rush cannot see a stunning switch being made any time soon.

“I think Liverpool has a broad appeal,” Reds icon Rush, who netted 230 goals for the club across two spells, has told HorseRacing.net.

“Teams like Barcelona and Real Madrid have the history, same as Liverpool and Manchester United, and for him to be linked to any of those clubs means that he is one hell of a player but for me I think Mo Salah will stay at Liverpool.

“The fans love him, he loves the fans. The Premier League is the hardest and the most demanding league in the world.

“When you look at Barcelona and Real Madrid, Juventus and Milan in Serie A, where else do you get a league where the bottom team beats the top, like Sheffield United beating Manchester United? That could only happen in the English Premier League.”

What has Salah said on his future?

The Egyptian frontman told AS in December 2020 when asked about his plans: “I think Madrid and Barcelona are two top clubs.

“Who knows what will happen in the future, but right now I am focused on winning the Premier League and the Champions League with Liverpool again.”

“Of course I want to break records here and, I repeat, all the club records, but everything is in the hands of the club.”

He has since sought to curb exit talk on Merseyside by telling TV2 in January: “If you ask, I say I want to stay here as long as I can, but as I have said before, it is in the hands of the club.

Will Salah stay at Liverpool?

The 28-year-old is tied to a contract at Anfield through to the summer of 2023.

Liverpool have, however, struggled to piece together a Premier League title defence this season, with Jurgen Klopp already throwing in the towel, and changes could be on the cards.

The Reds would be reluctant to see Salah form part of that process, as he has found the target on 117 occasions through 185 appearances, but it remains to be seen what future transfer windows will bring.

U20 Afcon: Uganda prepared to produce their best against Mozambique - Byekwaso

Mon Feb 15 , 2021
The Hippos are hoping to win their game by a bigger margin to go top of their group Uganda U20 coach Morley Byekwaso believes his charges are ready to play Mozambique hoping to get maximum points from Group A. The 2020 U20 Council for East and Central Africa Football Associations […] 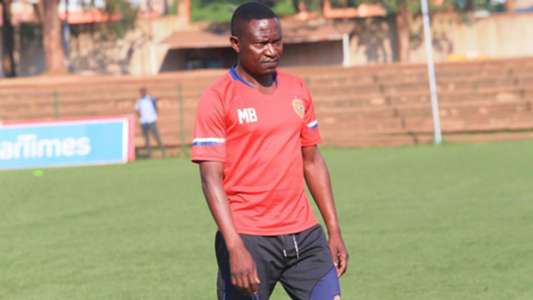