Mohamed Salah has promised Liverpool fans that the team will “fight like champions” to turn their dismal form around.

The reigning Premier League title holders suffered a third consecutive defeat on Saturday when they were beaten 3-1 by Leicester.

The result leaves them in fourth place and 13 points adrift of leaders Manchester City, who have a game in hand over their rivals.

Reds coach Jurgen Klopp believes their hopes of retaining the English crown are over, but Salah has vowed he and his team-mates will do all they can to get back on track.

It’s been a tough period for many reasons. We are champions and we will fight like champions, until the very end. We will not allow this season to be defined by the recent results we’ve had. That is my promise to all of you. pic.twitter.com/gqITQfp1ua

He posted on Twitter: “It’s been a tough period for many reasons. We are champions and we will fight like champions, until the very end. We will not allow this season to be defined by the recent results we’ve had. That is my promise to all of you.”

Liverpool have been plagued by injuries this season, with their defence hit hardest with Virgil van Dijk, Joe Gomez and Joel Matip all out long term.

Brazilian midfielder Fabinho, who has been filling in at centre-back, and new signing Ben Davies were unavailable for the trip to Leicester on Saturday.

But the situation got worse during the clash with Brendan Rodgers’ side, as James Milner was forced off just 17 minutes in. Klopp later confirmed that the midfielder had a hamstring problem and the club are waiting to find out the severity of the injury.

What next for Klopp’s men?

While the domestic situation is getting dim for the Anfield side, they will be looking to keep their hopes of European glory alive on Tuesday when they face RB Leipzig for the first leg of their Champions League last-16 tie.

Four days later they will host Merseyside rivals Everton, who are just three points behind them in the league, followed by a trip to Sheffield United a week later and then a home match against Fulham.

Sun Feb 14 , 2021
With the match level in the second half, United were awarded a spot-kick only to have it taken away after Craig Pawson went to the monitor Manchester United captain Harry Maguire was left fuming by referee Craig Pawson’s decision to overturn a penalty in Manchester United’s 1-1 draw with West Brom […] 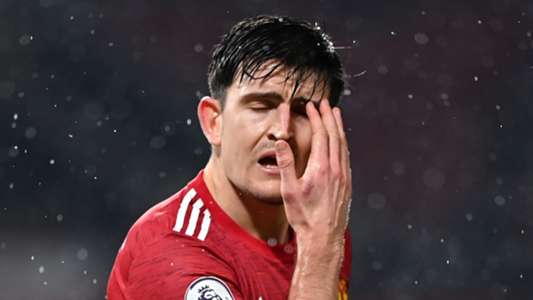