Mohamed Salah “doesn’t get the love” he deserves says Jamie Redknapp, with the former Liverpool midfielder saluting the “phenomenal” numbers of a forward who many still consider to be “too greedy”.

The Egyptian frontman underlined his value to the Reds cause on Sunday in the 3-1 victory over West Ham.

Sadio Mane missed out against the Hammers through injury while Roberto Firmino started on the bench, so Salah was the only member of the fearsome front three to be included from the off, and he delivered when it mattered most by netting a devastating brace.

Two stunning finishes were produced by the 28-year-old, with his 15-goal haul in the Premier League this season seeing him lead the Golden Boot race.

Questions have been asked of Salah this season, as speculation resurfaces regarding his future and amid accusations of him being too self-centred. Redknapp remains baffled by those critics.

“Salah’s desire, the speed, determination for goals,” ex-Reds star Redknapp told Sky Sports. “It’s 15 goals now, top scorer, but it still feels he doesn’t get the love we give to some players.

“Maybe people perceive him of being too greedy? It’s incredible. His numbers are phenomenal.”

Salah has helped to get Liverpool back on track with consecutive wins over Tottenham and West Ham, with a successful title defence still on the cards for a side that had endured a five-game run without a win.

“I thought Liverpool were fabulous, they were a bit slow in the first half and there was no sparkle,” former Reds captain Graeme Souness said when reflecting on a productive afternoon in east London. “They only had one of their main men up front and boy did he produce in the second half. They were two truly world-class goals.

“If ever there was a time for West Ham to beat Liverpool, it was today. They went into the game with four wins, but the storm never came.

“West Ham were just happy to go along with how the game went but with a makeshift team, I thought Liverpool were fabulous.”

Next up for the Reds is a home fixture against Brighton in midweek, as they aim to close the four point gap to Premier League leaders Manchester City.

'The ease has faded' - Bayern Munich are being pushed harder this season, admits Muller

Mon Feb 1 , 2021
The experienced forward has said that the Bundesliga champions have lost a bit of their “magic” from the treble-winning 2019-20 campaign Bayern Munich are being pushed harder this term according to Thomas Muller, who says “the ease from the previous season has faded”. Hansi Flick led Bayern to their second treble […] 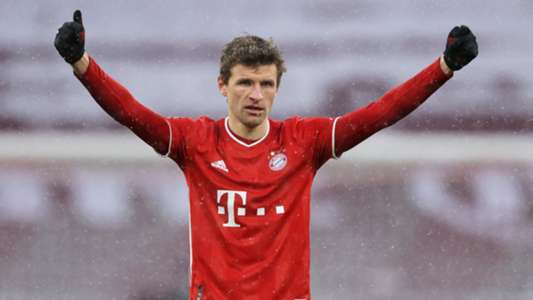