Following his notable display against Julian Nagelsmann’s men on Tuesday, the Egypt international is up for an individual award

Liverpool’s Mohamed Salah has been shortlisted for the Champions League Player of the Week.

The Egyptian put up a man-of-the-match display after finding the net in the second half as the Reds secured a 2-0 away triumph over RB Leipzig in the Round of 16 first-leg clash at the Red Bull Arena.

With the encounter still goalless, Marcel Sabitzer played a loose backpass towards Angelino and the former AS Roma star intercepted and surged through on goal before firing past goalkeeper Peter Gulacsi in the 53rd minute.

Frenchman Mbappe found the net on three occasions as the Parisians silenced Lionel Messi’s Barcelona 4-1 at Camp Nou. Thanks to his hat-trick, the 22-year-old became only the third player to score a Champions League hat-trick against the Blaugrana, after Faustino Asprilla did so for Newcastle and Andriy Shevchenko for Dynamo Kyiv (both in 1997).

On the other hand, Haaland was on target twice as his Bundesliga side earned a 3-2 triumph over Sevilla on Wednesday night. With his double, the 20-year-old Norwegian striker became the first player in the tournament’s history to score at least 17 goals in his first 13 appearances.

For Portugal international midfielder Oliveira, 28, he was inspirational as his Primeira Liga side subdued Juventus 2-1 at Estadio do Dragao on Wednesday night.

The player with the highest number of votes will be crowned as the Champions League Player of the Week.

Salah – who accounts for 17 league goals so far – would be hoping to lead Jurgen Klopp’s men to victory when they take on Alex Iwobi’s Everton in the Merseyside derby at Anfield on Saturday.

With 40 points from 24 games in the 2020-21 English top-flight campaign, Liverpool occupy sixth position in the log – 16 points adrift of leaders Manchester City.

Thu Feb 18 , 2021
The latest move means all teams have now agreed the federation’s arrangement to ensure clubs are sponsored and marketed through broadcasting games Gor Mahia have finally endorsed the Football Kenya Federation and StarTimes broadcast deal. K’Ogalo were the only team yet to sign the document since the Chinese-based TV channel […] 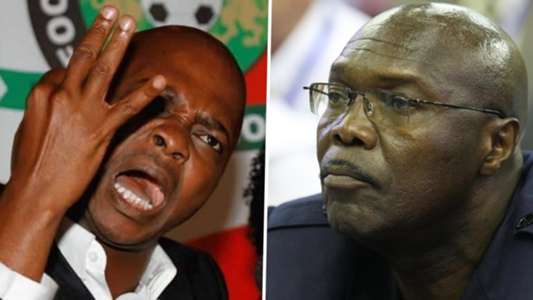