Yanga SC have now stated they have invested enough to lift the 2020-21 Mainland Premier League title.

According to the club’s registration officer Hersi Said, the Jangwani giants are hopeful of wrestling the title from rivals Simba SC based on the level of investment they have done in the team.

Said now insists the club is riding on three strong pillars for success, hence they feel their time has come to rule football in Tanzania.

“For a club to attain some of its set targets, you are forced to build a team based on the three areas, proper management, great technical department and sign top-class players, and as a team, we have already achieved that,” Said is quoted saying on his Instagram page.

“We have so far succeeded to do well in the aforementioned areas in a short time and it is the reason we managed to win the Mapinduzi Cup tournament held in Zanzibar two weeks ago and also why we are still leading the table and with an unbeaten record.

“God has done wonders for this great team and we will continue to ask him to protect our team, as we also strive to build the team so that we can have a successful campaign, and we hope we will all celebrate at the end of the season with the transformation we are currently going through.

“For now, we want to inform our fans that our main target is to win the league title this season, and we ask them to rally behind the team, we move together in this journey and God will see us through.”

On signing for the team, Razak promised the club’s fans he will help the team to win the Mainland Premier League this season.

“I want to take this opportunity to thank all the fans for coming to welcome me at the airport, I am happy to be here and it is now my turn to repay you with good displays,” Razak told reporters at Julius Nyerere International Airport after touching down in Tanzania on Friday.

“The only promise I can make to the fans is that I will use all my strength to help the club achieve their targets, and also give the fans entertainment by scoring as many goals as possible.

“We want to perform well, I want to assure the fans I will do well, I want us to ask God to lead us, and all I know this year, we will do well and I know we will also carry the league title.”

Yanga are topping the 18-team table with 44 points from 18 matches.

Mon Feb 1 , 2021
The South African Football Association has been holding match officials accountable to their mistakes this season Natasha Tsichlas, chairperson of the Safa referees’ committee, says a review panel will be looking at all the weekend’s PSL action, including the alleged mistake made by referee Luxolo Badi in the Soweto derby […] 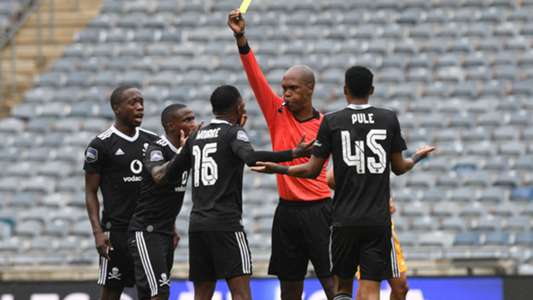