The Blues boss believes player safety has to trump national morale with respect to another potential Premier League pause.

Much of the UK is once again under tough restrictions due to a second wave of Covid-19.

This has started to affect elite football, with Manchester City’s scheduled match against Everton earlier this week postponed due to a coronavirus outbreak in the former’s playing staff, while the Premier League confirmed on Tuesday that a record 18 positives had been tallied in the most recent round of testing.

Some have called for the Premier League to halt once again as it did in March 2020, with West Brom boss Sam Allardyce particularly vocal in this regard .

Chelsea’s next match sees them face City on Sunday, and while Lampard is not aware of the game being at risk of postponement, he confirmed two members of the Blues’ staff have contracted the virus this week.

“I’ve not been given the chances of it being postponed, I’m just aware of the situation and at the moment the game is on,” Lampard told reporters on Friday.

“We know Man City had some positives within their training ground, we have had a couple ourselves but not on the playing staff, and that’s the current situation.

“Generally, we feel probably as safe as the public because of the new surge in numbers we are seeing, so I think we feel the same. But we are in a more protected environment, certainly in the workplace.

“I know some people are working from home or staying at home, but we are now being tested twice a week, I think that’s really important. I don’t really understand why we went down to once a week.

“It seems to me the situation is we go game by game in terms of the games being called off due to positives around that game itself. I understand that, let’s just see how it goes as it is uncertain times.”

But when asked whether football continuing regardless was important for “national morale”, Lampard was dubious.

“I’m not sure on that one – I understand it, I certainly love football and if you do, you love watching the amount of games on at home, but I think safety has to be paramount,” he said.

“The fact I said we have a couple of staff positive means there are lots of people working within our bubble who have babies, parents, friends, sisters, brothers, grandparents, and they come here and to work, then go home and are obviously in the environment where we’re in another surge of Covid-19 that seems to be more contagious.

“So, safety and security is paramount, as opposed to keeping the nation’s spirits up. It might not be a nice thing to say but these are tough times for everybody. We enjoy watching our football, but safety and health have to come first.”

Lampard was then pushed on whether he would back another pause, adding: “I would have no choice, would I? We had that in March then it [the infection rate] came down.

“I have to say, the Premier League and clubs themselves have done everything they can to make the environment as safe as possible, but as we are finding, that’s not always easy to do when people go home, leave the building.

“Numbers are going up, particularly in London where we are, so I think it would have to be up to the authorities – the government, the Premier League – to be clear that it would be beneficial to stop with a circuit-breaker or whatever, but that’s something I don’t know. If you’re told to stop, you stop.” 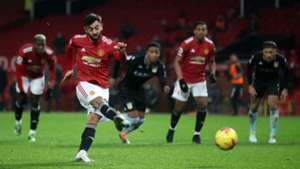