Uganda Revenue Authority FC striker Cromwel Rwothomio has come out to explain why he missed the first five matches in the Ugandan Premier League season.

The lethal striker returned with a vengeance as the Tax Collectors beat Malaba Youth Sports Association 3-2 at King George Park on Wednesday.

Rwothomio was the team’s hero as he notched a hat-trick in the battle and he has now revealed his absence from the first five matches of the 2020-21 campaign was as a result of contracting the Covid-19 virus.

“I tested positive for Covid-19 virus and that is why I have not been playing,” Rwothomio told the club’s online TV after the 3-2 win.

“I did not miss out on matches for something else but because of Covid-19, but now I am back, am fully fit and we are looking forward to winning more matches as we chase the title this time.”

Rwothomio has also thanked coach Sam Ssimbwa for trusting him with a starting role against Myda after his return.

“I give credit to the coaches for trusting me to play in this game after missing out on the opening five games and I am happy I didn’t disappoint them and my teammates as well,” Rwothomio continued.

“I am back and I’m happy that I am scoring. I have started from where I stopped last season.”

Despite winning the game. Coach Ssimbwa criticised his players’ performance, saying they were slightly average and took issue especially with how they conceded the two goals to the debutants.

“Our performance was a bit above average, we did not play so well as I wanted because the way we conceded goals to me I refer them as gifts to our opponents,” Ssimbwa said after the match according to Football256.

“Those were two gifts to the opponent, yes we scored three goals but conceding two goals, no those were gifts to them and we must go back to the drawing board and rectify the above.”

Ssimbwa’s Tax Collectors will face unbeaten Wakiso Giants on February 20 and the coach is confident they will overcome the challenge despite the injury concerns.

Fri Feb 19 , 2021
The Red Devils legend claims an England international goalkeeper would already be first-choice at Old Trafford if his manager believed him Paul Scholes believes Ole Gunnar Solskjaer lacks “full trust” in Dean Henderson, with the Manchester United icon claiming mistakes made by David de Gea would have led to a […] 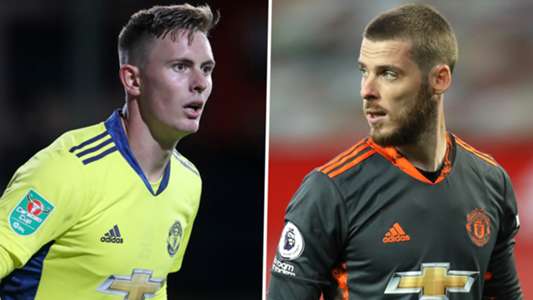