Ruvu Shooting have moved to fifth in the Tanzania Mainland League after claiming a 1-0 win over Gwambina FC at Jamhuri Stadium in Morogoro on Tuesday evening.

The administrative side scored their goal through Frank Ikobela.

The hosts started the match hoping to get maximum points to help them move closer to the top 10. They pushed hard for an early goal, but it was not easy against their organized visitors.

Neither of the two teams managed to get a goal in the first half as both of them resorted to cautious play.

After the break, Shooting came back stronger and were rewarded two minutes after the break courtesy of Ikobela.

It happened to be the only goal of the match – the win took the visitors into the top five with 31 points. They have managed to get eight wins from the 20 matches they have played. Shooting have drawn seven games and lost five.

After Tuesday’s loss, Gwambina remained in the 15th position with 20 points. They have managed to get four wins, eight draws, and seven losses.

It took the Taxmen just 12 minutes to get their opening goal. A defensive blunder led to a foul committed by goalkeeper Mussa Mbisa against Charles Ilanfya and the ref pointed to the penalty spot.

Emmanuel Mvuyekure rose to the occasion, sending the goalkeeper the wrong way for the opening goal.

The hosts scored their second in the 18th minute. This time around, a ball was played to centre-back Joram Mgeveke. He took too long to release it and was eventually dispossessed by Ilanfya, who gave the goalkeeper no chance with an accurate shot.

KMC went to the break with a deserved 2-0 lead and could have even scored more but they failed to take their chances.

Mwadui came back stronger after the break and pushed to get a goal. They managed to halve the deficit in the 70th minute when a defensive lapse allowed Richard Dennis to bundle home from three yards.

The goal turned out to be a mere consolation for the visitors.

Tue Feb 16 , 2021
The tactician is yet to return to the club leaving the senior team duties in the hands of his assistant Abu Mubaraka Ugandan Premier League side Ondupaarka FC and head coach Vialli Bainomugisha are set to part ways. According to Sports Nation, the two parties have seen their relationship strained over […] 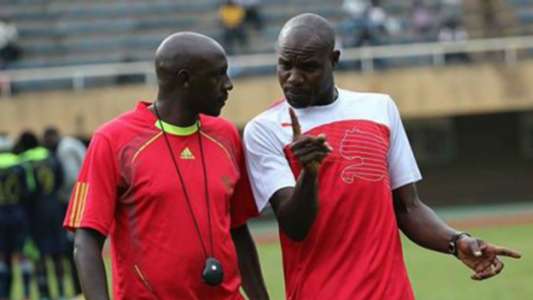