Pep Guardiola says Ruben Dias should be fit for Manchester City when they take on Tottenham in the Premier League this weekend.

Dias missed the midweek game at Swansea with a fever but was back in training, Guardiola said.

The central defender has been a key player for the Citizens since joining the current English league leaders in the summer.

Editors’ Picks
Does Guardiola have any other injury worries for Tottenham?

Kevin De Bruyne and Sergio Aguero returned to training earlier in the week as they work towards getting themselves back to full fitness.

Fernandinho is definitely out with a problem in his quadriceps.

Midfielder Rodri limped off in the win over the Championship side but has recovered and is likely to be back in the starting line-up on Saturday.

What else did Guardiola have to say?

Manchester City’s incredible winning run is no advantage in their bid to end the season with silverware, Guardiola has said.

The 3-1 FA Cup victory over Swansea on Wednesday was their 15th consecutive win in all competitions, setting a new record for most successive victories for an English top-flight side.

With nine straight wins in the Premier League alone, City have moved five points clear at the top of the table ahead of Saturday’s clash with Jose Mourinho’s Tottenham.

“We are not [unbeatable]. The 15 games in a row does not help us be 2-0 up before the start of a game,” Guardiola said in his pre-match news conference.

“I said many times it’s nice, it’s good, it’s helped us where we are, in the Carabao Cup, the FA Cup, the Champions League and the Premier League – winning helps us but no more than that.

“We have to start again tomorrow and go onto the next one. It’s an important week with three strong teams. We try this short time with the recovery, see who they are, what we have done in the game when we played there, imagine what we can do to play better and beat them.

“This the only concern in these three days after the win in Swansea. It’s what it is.”

Why are Tottenham significant?

As well as the incredible winning run, City’s unbeaten streak stretches back a further seven matches to their 2-0 defeat to Spurs in November.

City dominated possession but were caught out by counter-attacking goals from Heung-Min Son and Giovani Lo Celso.

Both Son and Kane are available for the game at the Etihad Stadium and Guardiola is wary of their threat on the break and doesn’t believe their midweek tie at Everton will be a disadvantage, even with their 5-4 defeat going into extra time.

Fri Feb 12 , 2021
The 21-year-old has impressed while on loan at San Siro and will now wait to see whether the Liga giants consider him a part of their future AC Milan are willing to pay as much as €30 million (£26m/$36m) to land Real Madrid forward Brahim Diaz, with the 21-year-old having […] 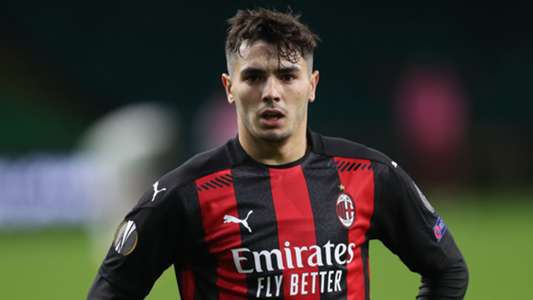