The Portuguese has tasted continental glory on five occasions across his remarkable career, with his sights now set on landing a sixth crown

Cristiano Ronaldo is ready to start out on another “long walk” to the Champions League final, with a five-time winner of European football’s grandest club competition taking aim at a first continental crown with Juventus.

The Bianconeri made light work of their group – one that included La Liga giants Barcelona – and progressed to the last-16 with 15 points collected from six games.

They are now preparing to face Porto at the first knockout stage, with Ronaldo – who has previously landed the ultimate prize with Manchester United and Real Madrid – fully aware of what is required in order for him to end Juve’s 25-year wait for the most prestigious of prizes.

Ronaldo has posted on Instagram: “This is what the Champions League is all about: the knockout rounds. It’s almost as if another competition starts from this point on and everybody has to bring their A game, because every detail can make the difference.

“In the last couple of years we went home sooner than we wanted, but we continue to aim higher every season and this year is no exception.

“Tomorrow we have a very important game against a very strong team and I can only hope that it may be the beginning of the long walk we want to take until the final.

“Respect for the opponent, ambition for the victory and 100% focus on our goals.”

Ronaldo is into his third season with the Bianconeri, but is yet to guide them to a European showpiece.

Juve came unstuck at the quarter-final stage in 2018-19, before bowing out in the last-16 last season.

Having a five-time Ballon d’Or winner should aid their cause this time around, with the Champions League’s all-time leading goalscorer adding another 23 efforts to his stunning tally across all competitions in 2020-21.

What else has been said?

Giorgio Chiellini is another that is desperate to deliver long-awaited continental glory to Turin, with the 36-year-old defender spending the last 15 years on Juve’s books.

He has told reporters ahead of a meeting with Porto, with his fellow centre-half Leonardo Bonucci being ruled out through injury: “In the Champions League it’s tougher, because we know our opponents less.

“We have to avoid making the mistakes we have made in the recent years, as they cost us.

“We are fighting for all the objectives, now the Champions League begins and we arrive with enthusiasm.

“But we are aware of the difficulties we face. They’re a team that defends well and concedes few goals. They have quality on the sides and up front.

“They are a physical side and must be taken seriously. We will have to avoid banging against the wall.”

Tue Feb 16 , 2021
The Msimbazi giants have moved to boost their players with cash rewards after they secured an away win in Group A of the continental competition Simba SC players have been rewarded for their win against AS Vita Club in their first group match of the Caf Champions League season. Goal […] 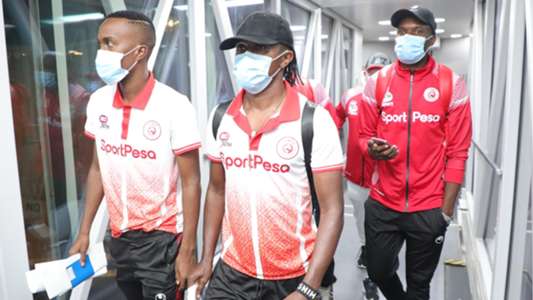