There’s no question that they occupy a place at the summit of the game, but who has hit the back of the net most?

The debate about who was better between Cristiano Ronaldo and Lionel Messi is sure to go on for decades after the pair finally hang up their boots, but when all is said and done, numbers will tell much of the story.

As attacking phenoms, goals are the chief currency and whoever scores the most by the time their career ends will be the determining factor for many.

Other factors in the GOAT debate, such as trophies won, individual awards claimed and the big, inspirational moments will all feature, but the stats will have the final say on who the greatest goalscorer was.

So, Ronaldo or Messi? Which player has scored more goals? Goal takes a look.

Ronaldo or Messi – who has scored more goals?

Ronaldo has scored more goals than Messi overall in all competitions, but it is close.

Both players have scored over 700 career goals and they are the only currently active players to achieve that feat.

The duo find themselves in an exclusive group, with the only other footballers in history to surpass the 700-goal mark being Ferenc Puskas, Gerd Muller, Pele, Romario and Igor Bican.

As an illustration of how far in front of their peers Ronaldo and Messi are, the closest goalscorer still playing is Zlatan Ibrahimovic and the Swede has just over 560 goals to his name, despite playing for longer than the duo.

🗣 “I have always had a very cordial relationship with him.

“I shared 12, 13 or 14 years of award ceremonies with him. I never saw him as a rival. I always got along very well with him.” [Movistar]

Portugal icon Ronaldo is older than Messi by two years and four months, with his professional career kicking off in 2002-03, two seasons before Messi, who first appeared on the scene in 2004-05.

As such, it is fair to say that the former Real Madrid star has had the advantage of time over the Argentine.

Ronaldo is the leading Champions League goalscorer of all time, followed by Messi of course, but it is interesting to note that Messi boasts more European Golden Shoe awards (six to Ronaldo’s four).

Internationally, Ronaldo has broken the 100-goal mark and is closing in on Iranian icon Ali Daei, who holds the record of 109 goals. Messi lags significantly behind on this front too, with just over 70 goals for Argentina.

In club competition, a comparison of their respective scoring averages suggests that Messi could overtake Ronaldo provided he does not retire before the Portuguese.

Ronaldo may have more goals overall (across club and country), but Messi is scoring more on average at club level at least.

After the conclusion of the 2019-20 season, the Barcelona captain averaged 40 goals a season, while Ronaldo averaged 35 goals a season. It remains to be seen if that sort of differential can make up the gap.

In the meantime, here is what the numbers were before the 2020-21 season at a glance:

At the end of the 2019-20 campaign, Ronaldo had scored 638 goals at club level across his time at Sporting, Manchester United, Real Madrid and Juventus. He had also scored 102 times for Portugal, making his total number of senior goals at that point 740.

At the same time, Messi’s total of Barcelona goals was 634, with 71 scored in the albiceleste of Argentina, bringing his total tally to 705.

Note that the above table takes into account senior goals scored up to and including the 2019-20 season only and will be updated accordingly.

Eguavoen: Super Eagles need time to get back to their best

Fri Feb 5 , 2021
The West Africans have struggled to impress in recent times and the former international and coach has called for patient with the side The technical director of the Nigeria Football Federation, Austin Eguavoen, believes the Super Eagles need time to get back to their best. The Nigeria national team have been […] 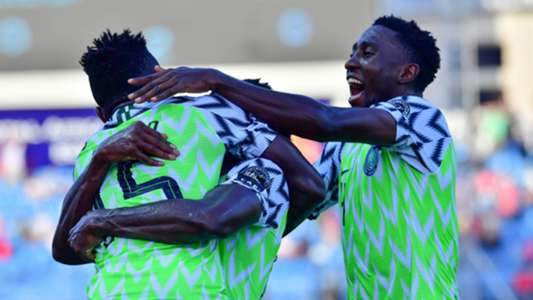