Morten Andersen knows what it takes to star in the NFL, as a member of the American Football Hall of Fame and one of the greatest kickers to ever the grace game, and the Dane is not convinced that the likes of Cristiano Ronaldo and Lionel Messi could follow in his footsteps.

The greatest show on turf is almost upon us once again, with the sporting world counting down the hours to Super Bowl LV.

The Tampa Bay Buccaneers will be on home soil for that contest, with Patrick Mahomes and the defending champion Kansas City Chiefs rolling into Florida to try and snatch a seventh ring away from the legendary Tom Brady.

Billions of people across the planet will tune in on Sunday to catch a glimpse of elite athletes performing at the peak of their powers, with it possible that kickers will play as big a part in that contest as any iconic quarterback or wide receiver.

Given the basic skill set required to fill such a role, might it be possible that a superstar performer from the soccer ranks looks to cross codes at some stage in the future and try to put the Lombardi Trophy alongside Champions League and Ballon d’Or crowns?

“There is no chance of Lionel Messi or Ronaldo ever considering becoming a kicker in the NFL. I don’t see it happening. They are too busy counting their shekels!” Andersen, speaking in association with BonusCodeBets, told Goal when asked about two all-time greats heading to the States.

If such a switch does not appeal to talismanic figures from Barcelona and Juventus – two of the cleanest strikers of a dead ball in soccer circles – could someone else come through and take the plunge, potentially a leading figure from the women’s game?

“That remains to be seen,” Andersen – who represented the Chiefs, New Orleans Saints, Atlanta Falcons, New York Giants and Minnesota Vikings in his playing days – added.

“Is it possible for an NFL kicker to go and become a soccer player in the Premier League? I don’t know.

“There are a couple of variables that we have to look at: Are they able to kick a football that isn’t round? Of course, they have exceptional technique. But maybe what would take longer, and what I would say is more challenging, is how we have to put the helmet and shoulder pads on, we have to make sure the ball is gone in 1.15 to 1.2 seconds from snap to kick, and you have 11 really big guys coming at you. We have a target that is 16 feet eight inches and 10 feet off the ground, with 80,000 people in the stadium. And we have to make that timing work, and make it work 80-90 per cent of the time. Therein lies the challenges for the guys that want to make this conversion.

“It is a different skill set that you are going to have to bring. I’m not against it at all. Harry Kane brought it up at some point and I said it’s ludicrous to think, and I continue to say that. I’m not discouraging Harry Kane if he wants to give this a shot, but let me be involved and let me teach you some of the nuances.

“If I was going to be a soccer player at the highest level, who better to teach me than Harry Kane? Or Ronaldo, or Messi. My point is that you don’t just plug somebody in because they are good soccer players and say he is going to be an All Pro kicker – that’s a little bit disrespectful of what the guys over here are doing.”

Mental strength is also an important weapon in any kicker’s armoury, with the opportunity to play your way into a game – like Kane and Co get in soccer – often removed from the equation for those who spend long spells on the sidelines waiting for their time to shine.

“It’s not normal. It’s not like the rhythm of a soccer game where you have continuous flow. I imagine the comparison would be like this: you are only brought in to do free kicks. Not penalties, just free kicks. And you are expected to score eight or nine out of 10 – with a wall of 11 guys, around that wall, through that wall, into a goal, with a goalkeeper. And you are going to lose your job if it drops to seven out of 10 – you are going to get fired!

“I’m not discouraging anybody that wants to follow their dreams. I think it’s interesting, I would love to see a woman do it.”

Given the success enjoyed by the USWNT team, there may be plenty of ambitious performers willing to give that a go.

Talent pools are deep in men’s and women’s games, with Andersen acknowledging that the marketing power of a high-profile crossover star would hold obvious appeal to the NFL and its ongoing efforts to grow an ever-expanding brand.

“When I played, Denmark wasn’t that interested but when I kicked us into a Super Bowl, all of a sudden it was national news in Scandinavia,” said the 60-year-old, who left Copenhagen to become the NFL’s all-time leading points scorer at one stage.

“I’m keenly aware that this has great marketing value, because I have seen it with my own situation. Absolutely I would invite that. I would love to help and assist in locating and finding the right candidates who could pull that off.

“There is no question that the NFL wants to make the game more global than it is – although it is quite popular. Would I love to see it happen from a marketing standpoint? Absolutely. It would be fantastic.”

Could that happen on British shores?

There has been plenty of talk regarding a London-based franchise, and who better to head that team up than Tottenham striker and England captain Kane.

“It would be great,” said Andersen.

“It’s storybook stuff. Fly me to London. Let’s go kick, Harry! If you are ready to hang up your soccer cleats and you want to give this a serious go, let’s do that.”

Sat Feb 6 , 2021
Can Robbie Fowler’s side pick their first win in six games? The Red Miners have conceded just once in their last five games… Jamshedpur face East Bengal in a 2020-21 Indian Super League (ISL) fixture at the Fatorda Stadium in Goa in Sunday’s double header that also has Hyderabad versus NorthEast United. […] 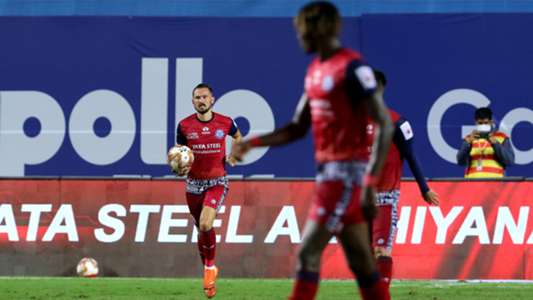