Competing in the fourth round at Wimbledon for the third time in the last four years, Roger Federer advanced to his third quarter-final at the All England Club in 2003 thanks to a 6-3, 7-6, 7-6 win over Ivo Karlovic. Two years after stunning Lleyton Hewitt in the first round, the Croat fought well against Roger too, fending off three out of four break chances and staying in touch with Federer in sets two and three to reach two tie breaks.

The defending champion stayed calm to claim them both, dropping only 17 points behind the initial shot and fending off two break chances in the seventh game of the opener to control the pace and advance in straight sets. Federer grabbed the opener with a break in game six and they both served well in the second, dropping 13 points in 12 service games to reach a tie break that the Swiss claimed after a single mini-break.

The defending champion lost only three points on serve in the third set before the tie break, clinching it 7-5 with a crucial mini-break at 3-3 to secure the quarters.

“I’m thrilled to reach the quarter-final for the third time, especially after a tough encounter.

Returning Karlovic’s serves is something unique. It has both the pace and angle; you are not used to that. I broke him once in the first set and didn’t have a chance to repeat that in the second or third. It’s not easy to keep the focus against players like Ivo, with short rallies and small movement.

You also think about holding in every service game; otherwise, the set would be in his hands. I read his serve nicely initially, but he changed his tactic after that, pushing my backhand and offering no chances. There are many great players left and I have to prepare for all the challenges.

I have been the most consistent player on grass this year but that can change quickly. Beating different players with different styles is always a challenge. I played on a high level today, with a consistent game. I delivered good shots at the right time, winning two tie breaks, which always helps.

One of my strengths on grass is my serve, both the first and second. Also, the ball doesn’t bounce high and it stays low where I can hit it harder. The movement is very natural on grass too. It will be tough to beat Lleyton Hewitt in the next round if he topples Carlos Moya.

He is a former champion and we had some great matches in the past.” Roger Federer had 77 winners and only 27 mistakes, having the upper hand in both the quickest and more extended exchanges to seal the deal in straight sets and move into the last eight.

Sat Jun 13 , 2020
Real Madrid Joins Mariano, Nacho and Jovic Vazquez and Asensio in training. REALMADRID.COM Zinedine Zidane will not be able to call upon Lucas Vazquez for Sunday’s game against Eibar, as the winger is suffering from a muscular spasm. The Galician joins Mariano Diaz, Luka Jovic and Nacho on the treatment table, […] 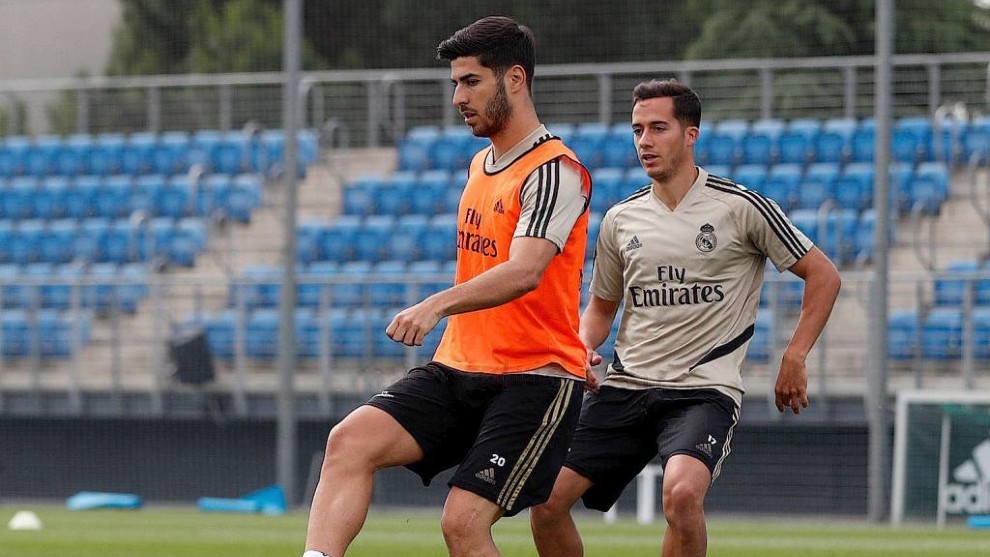