Last week, Roger Federer announced that he will skip the rest of 2020 after undergoing a new right knee surgery. The 20-time Grand Slam champion, who only competed in the Australian Open this year, hoped to make his return in mid-June, but preferred to postpone his return with the aim of recovering 100%.

The former World number 1 should make his return at the beginning of the 2021 season, a few months after he turns 40. The Swiss Maestro could attempt the latest assault on Wimbledon and the Olympic gold medal, which represents one of the very few gaps in his unrepeatable career.

In an interview with ESPN, analyst and former coach Brad Gilbert expressed some concerns about Federer’s real chances of returning to the top level.

“I’m not going to write him off, but this is concerning,” analyst Brad Gilbert told ESPN.

“Thirty-nine ain’t what it used to be, that’s for sure. But if tennis gets going again, he’ll probably be unseeded for the Australian Open in ’21 because he played so little early this year. And that could mean trouble”.

He continued: “We are in uncharted territory, the way guys are training and taking care of themselves. Sure, Ken Rosewall and Jimmy Connors [both played in majors after turning 39], but today’s game is more physical, and the players are tougher.

When you take that much time,” he added, “even at 25, 26, it can take six months to get your mojo back. It’s not like you can take your time at 39, especially if you’re not protected by seeding” – Gilbert concluded.

“A few weeks ago, having experienced a setback during my initial rehabilitation, I had to have an additional quick arthroscopic procedure on my right knee,” was tweeted from Roger Federer’s account. “Now, much like I did leading up to the 2017 season, I plan to take the necessary time to be 100% ready to play at my highest level.

I will be missing my fans and the tour dearly but, I will look forward to seeing everyone back on tour at the start of the 2021 season”. Federer, who turns 39 on Aug. 8, would go nearly one year between tournaments, the longest break of a career that’s included a male record 20 Grand Slam singles titles.

Like other sports, tennis has been thrown into disarray because of the coronavirus pandemic, which has claimed more than 400,000 lives worldwide. Wimbledon, the oldest Grand Slam tournament, was canceled for the first time since 1945. The next edition of the grass court tournament will be June 28 to July 11, 2021.

Mon Jun 15 , 2020
The administrator believes the monies can be used to develop grassroots football in the country Football Kenya Federation (FKF) Presidential aspirant Herbert Mwachiro has welcomed the KSh14 billion allocated to sports in the next financial year. The increment is twice the funds allocated to the same department in the last […] 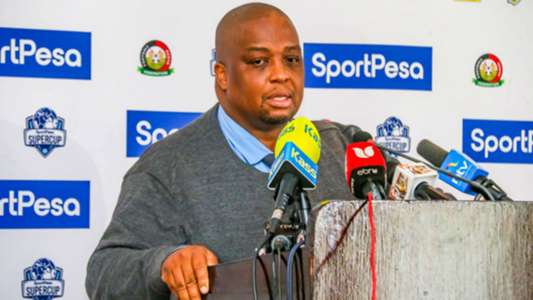